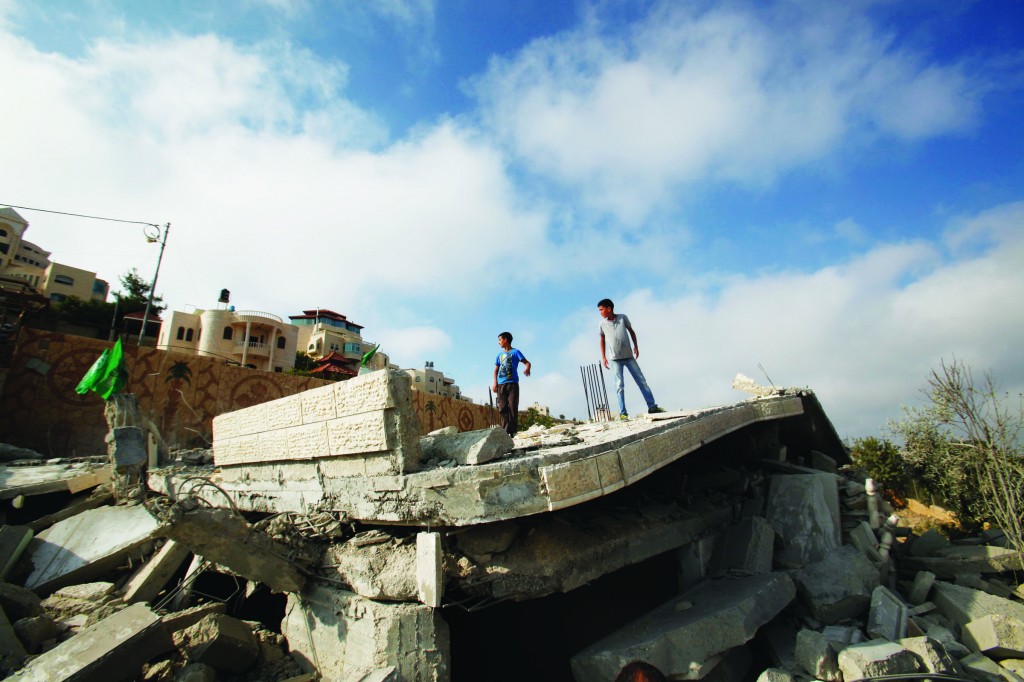 Israeli troops on Monday demolished the homes of two Palestinians it suspects of the abduction and killing of three Israeli teenagers in Yehudah and Shomron.

The homes of Hussam Kawasme and Amar Abu Aysha were destroyed before dawn and the house of a third suspect, Marwan Kawasme, was sealed up, the army said.

Hussam Kawasme, a 40-year-old resident of Chevron, was arrested on July 11 but the other two suspects remain at large, the army said.

The IDF said in a statement that Israel’s supreme court had authorized the demolitions, rejecting appeals by the suspects’ families against their destruction.