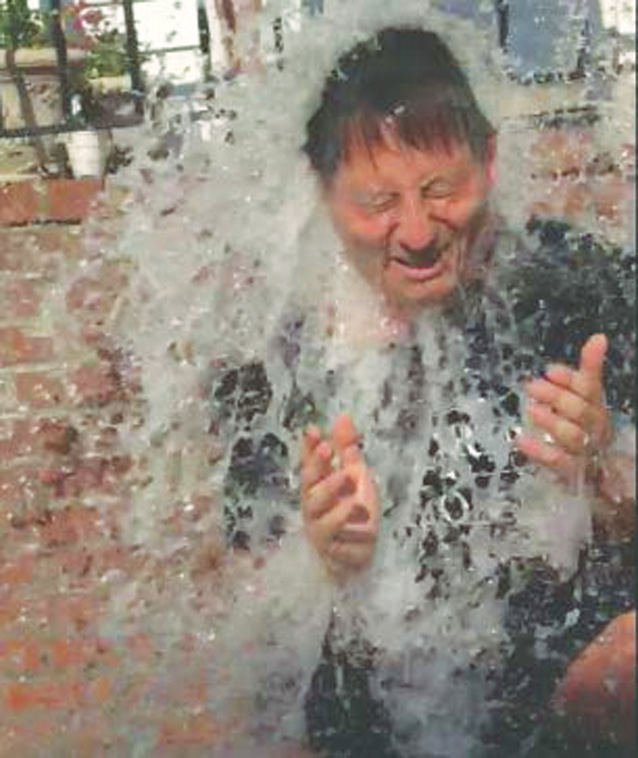 The Republican on Tuesday posted a video showing two of his kids dumping a bucket of ice water on his head, part of the Ice Bucket Challenge launched by the ALS Foundation to raise money for fighting ALS, also known as Lou Gehrig’s disease.

Christie nominated others to complete the challenge within 24 hours or donate $100, including Sen. Cory Booker (D-N.J.).

Christie has been trying to move past a scandal at home by drawing laughs, including an appearance on comedy show.

The ALS Foundation reports raising $4 million since July 29 thanks to the Ice Bucket Challenge, which has been all the rage the past few days.

In nearby New York, Republican gubernatorial candidate Rob Astorino undertook the challenge, then passed the dare onto Democrat Gov. Andrew Cuomo, Senate co-leaders Jeff Klein and Dean Skelos, and Assembly Speaker Sheldon Silver. All four left to Israel on Tuesday, too late to go under the bucket.