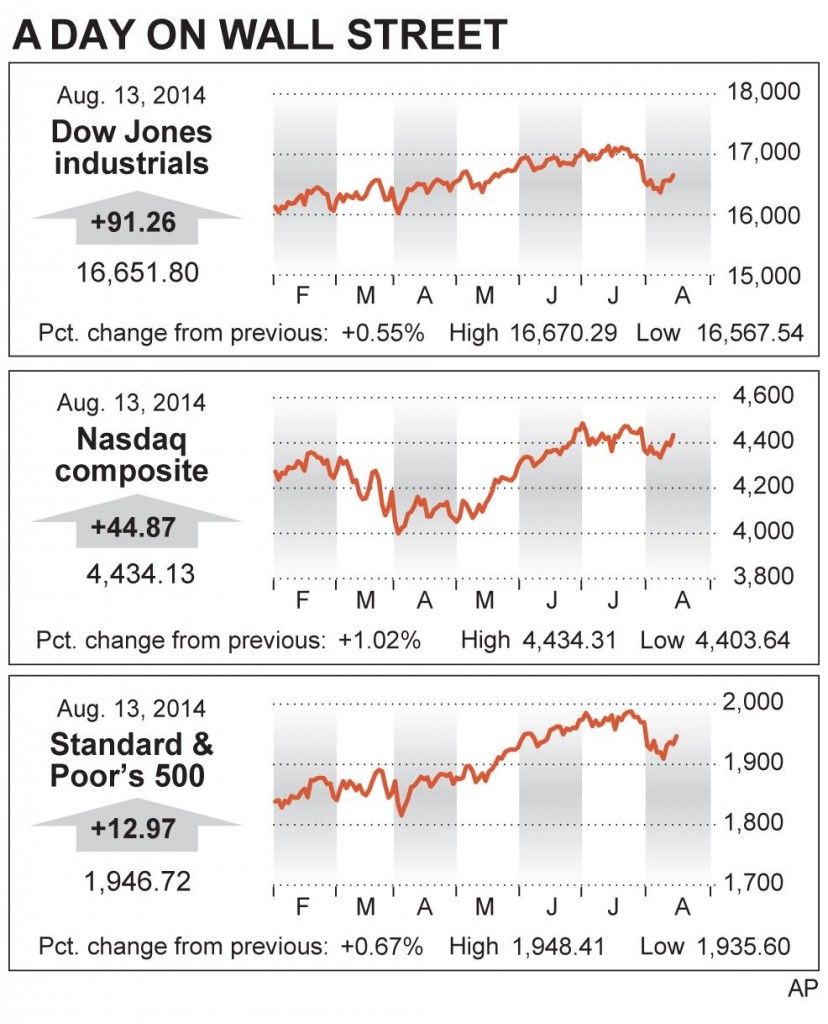 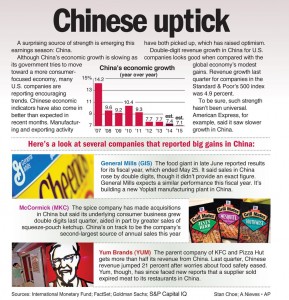 A modest gain for the stock market on Wednesday tugged the Dow Jones industrial average back into the black for the year as investors set aside concerns about Ukraine, Iraq and earnings, at least for a day.

Amazon led the gains in light trading, despite a mixed batch of economic and corporate news. The gains were broad but thin. Three companies rose for every one that fell on the New York Stock Exchange, and all 10 sectors in the S&P 500 ended higher.

“This is a very resilient market,” said Uri Landesman, president of Platinum Partners, a hedge fund in New York.

Markets have turned choppy recently as investors have weighed a host of concerns. At times, worries over global conflicts and Europe’s economy have overshadowed signs of steady growth in the U.S. economy and rising profits. Landesman pointed to many reasons for traders to ditch stocks this summer, including high prices.

“We’re getting through the summer and the market is still pretty close to its high,” he said. “It shows you the trend is still upward.”

Of the few companies with quarterly results Wednesday, a few notables warned of sliding sales and shrinking profits. Macy’s turned in results that fell short of Wall Street’s forecasts. The chain also cut its full-year outlook for sales, saying it couldn’t make up from a shortfall at the start of the year when winter storms kept shoppers away. The company’s stock dropped $3.29, or 6 percent, to $56.47.

Deere & Co., the country’s largest maker of farm equipment, said weak sales will likely cut into its earnings for the entire year. Deere dropped $1.99, or 2 percent, to $84.49.

Despite some high-profile misses, however, overall corporate results for the second quarter have looked solid. With the earnings season drawing to a close, seven out of 10 companies in the S&P 500 have posted stronger profits than analysts projected, according to S&P Capital IQ. Quarterly earnings are on track to climb 10 percent over the year before. That’s much better than the 3 percent increase companies reported for the first quarter of 2014.

The Commerce Department said Wednesday that retail sales edged up by a tiny amount compared with the prior month. A separate report said businesses continued adding to their stockpiles in June.