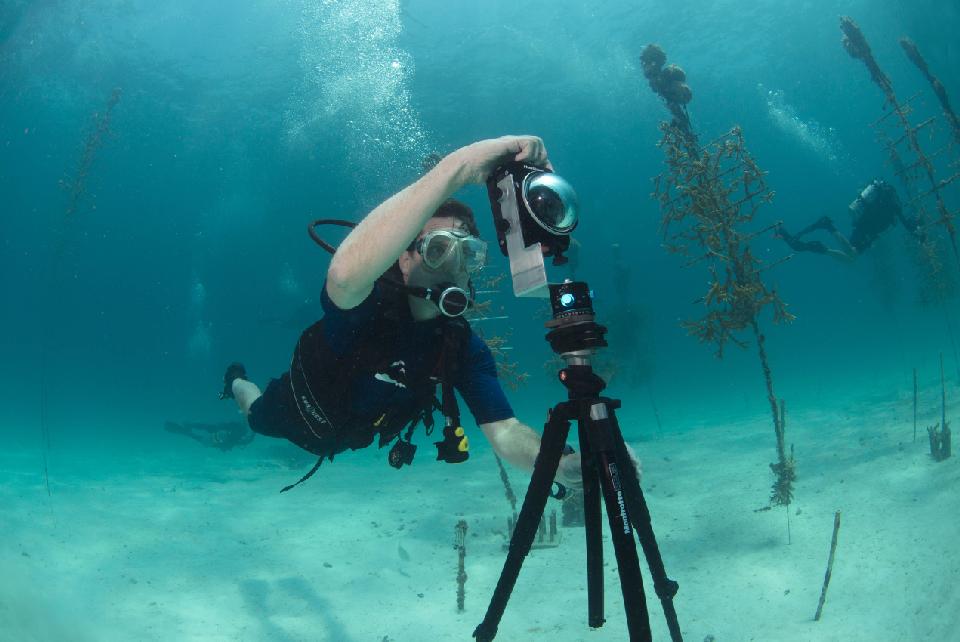 It’s easy to go online and get a 360-degree, ground-level view of almost any street in the United States and throughout the world. Soon, scientists hope people will be able to do the same with coral reefs and other underwater wonders.

U.S. government scientists are learning to use specialized fisheye lenses underwater in the Florida Keys this week in hopes of applying “street view” mapping to research and management plans in marine sanctuaries nationwide. Some of the rotating and panoramic images will be available online as early as this week, including a selection on Google Maps, giving the public a window into ecosystems still difficult and costly to explore for long stretches of time.

It will be like scuba diving from your computer.

About 400,000 images have been produced so far of reefs off Australia and in the Caribbean, but this is the first time the technology is being used in U.S. waters.

The images in the U.S. will add scale and details to data that’s already been collected, and illustrate the successes and failures of coral restoration. They will also help scientists study the effects of warming ocean temperatures, pollution and hurricanes on reefs, officials said.

“This allows people who can’t get underwater to understand what we mean by putting up a special preservation area around this particular spot,” said Mitchell Tartt, chief of the Conservation Science Division at the National Oceanic and Atmospheric Administration’s Office of National Marine Sanctuaries.

The basketball-shaped, triple-lens SVII cameras use the same technology that’s used to produce Google Street View images of neighborhoods on land. Instead of being placed on top of a car, the 143-pound riggings are tethered to scuba divers and powered through the water by small motors. Smaller versions mounted on tripods also are being tested in the Keys this week.

In images previewed Monday by project director Richard Vevers, endangered elkhorn coral, bleached fields of dead coral and coral nurseries suspended like hanging plants in the Keys’ blue waters were in sharp focus as they rotated on screen.

In an hour-long dive, each camera can capture images over an area up to 20 times larger than what’s available with traditional underwater-photography equipment, Vevers said. The technology also records GPS data and quickly stitches the images together into panoramic views or 360-degree views.

The cameras and training in the Florida Keys National Marine Sanctuary for six NOAA officials are being paid for as part of a partnership with the Catlin Seaview Survey, funded by the global insurance company Catlin. Google Inc. also is a sponsor.

The images that have been produced so far from other Catlin surveys are being uploaded online to the Catlin Global Reef Record. The project also moves next into Southeast Asia, Vevers said.

While the main survey continues worldwide, the smaller cameras will be available for targeted projects within NOAA sanctuaries, such as gauging the effectiveness of preservation zones in California’s Monterey Bay sanctuary, or they could help measure the impacts of landslides that fall into the water.

Catlin’s sustainability director, John Carroll, would only say the cost was “fairly substantial.”

The benefit to the Bermuda-based company also would be substantial, he said, because there are a lot of insurable assets that depend on climate change.

“Clearly, as an insurance company, we’re keen to help manage this risk, because, you know, that’s our business,” Carroll said.