Israel Egypt Trying to Save Agreement Talks in Cairo
Israel 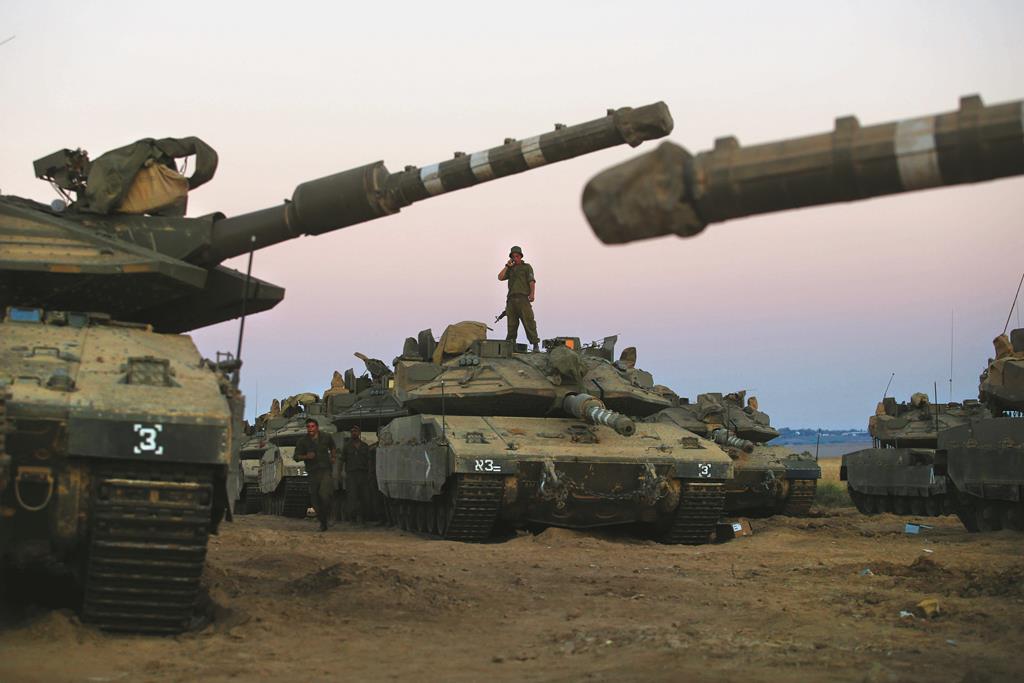 At exactly midnight tonight, the 72-hour ceasefire agreement between Israel and the terrorist groups in Gaza expires, and it is still unclear what exactly will happen after that. In Cairo, where the diplomatic talks between the sides are being conducted in an effort to reach an “arrangement” and a long-term ceasefire, officials admitted that the sides are still far from understandings. But they said there is goodwill to advance toward a framework that both sides can live with.

The Egyptian mediators said that, despite their efforts, they don’t give success more than a 50-50 chance. Egypt is trying to save the talks by suggesting that the ceasefire be extended without a clearly written agreement, so that each side will be able to present its achievements as it pleases. But neither Hamas, the Palestinian Authority nor Israel accepted this proposal.

The Egyptian delegate to the talks said yesterday that if an agreement is not be reached by tonight, “the exchanges of fire will almost certainly be renewed, and the Israeli government will have no choice but to renew the military responses more intensely than they have until now.”

Meanwhile, news reports were emerging that Israel was ready to compromise with Hamas on economic and civil issues, in an effort to achieve concessions from the terrorists on security issues. But the ideas, which seem to have the support of Prime Minister Binyamin Netanyahu, are not popular among his ministers, with some openly criticizing the concessions.

Yesterday, the prime minister summoned most of the cabinet ministers for one-on-one talks with each one, instead of a cabinet meeting that was scheduled for yesterday afternoon and later cancelled. He presented the concessions Israel is ready to make and tried to persuade the politicians to accept his ideas, with limited progress.

But even as the talks go on, Israel is preparing for the possibility of another round of fighting, if the terrorists begin to shoot.

“Operation Protective Edge is not over,” Defense Minister Moshe Yaalon told Navy commandos and officers in a visit to Ashdod on Tuesday. “I don’t know if the negotiations will be extended. It is possible that the fire will begin again and we will need to attack them again … We must be alert all the time.”

But that did not necessarily mean an immediate return to hostilities, only that the security threat from Gaza has been diminished, but not destroyed.

A senior Israeli diplomatic source was quoted on Tuesday as saying that attempts to arrange an extended truce had yielded no results. “The gaps between the sides are large and there has been no progress in the negotiations,” he said.

“We are facing difficult negotiations,” Hamas’ representative in Cairo, Moussa Abu Marzouk, said in a statement.

Yehya Musa, a senior Hamas official, told Gazans on Tuesday to prepare for a “long battle” with Israel and urged Palestinian negotiators in Cairo not to make any concessions.

Foreign Minister Avigdor Lieberman was pessimistic on Tuesday, telling The Jerusalem Post that Israel could not possibly satisfy the Hamas demands for such things as lifting the blockade and allowing a seaport, nor drop its own insistence on disarmament of Gaza.

“Hamas’s ultimate demand for a seaport is designed to bypass all the supervisory mechanisms we want to set up,” Lieberman explained. “It is clear that the whole idea of a seaport is to smuggle in weapons, construction materials, terrorists and advisers from Iran and other places.”

Still, there was reason for hope that the negotiators could keep the rockets and mortars silent beyond Tuesday night.

Reports that Hamas had for the first time agreed to allow the Palestinian Authority headed by Mahmoud Abbas to take responsibility for rebuilding Gaza and overall implementation of any agreement, was taken as a sign of progress.

Hamas also said it would go along with Palestinian Authority operating security checks on the Rafiach border crossing with Egypt. Until now, they have refused to do so.

For Israel’s part, in addition to allowing increased shipments of civilian goods into Gaza, it has also agreed to transfer of money for the payment of Hamas government salaries through a third party, Ynet reported. In addition, it acceded to a gradual expansion of the fishing area off the Gaza coast, initially expected to be six nautical miles.

Reports of such concessions drew criticism earlier on Tuesday, from Economy Minister Naftali Bennett (Jewish Home), who branded the transfer of salaries to Hamas officials as a “dangerous euphemism.”

Meanwhile, Saudi Arabia interjected a crude threat, telling Israel on Tuesday that it must reach an agreement with the Palestinians if it wants to survive.

“Israel has to realize that peace is the only solution for its survival,” Saudi Foreign Minister Prince Saud al-Faisal told a meeting of the Organization of Islamic Cooperation.

There have been reports of the Saudis taking a hand behind the scenes in Cairo, inducing the terrrorists to negotiate a truce with a promise of $500 million in aid  to “rebuild” Gaza.

In Israel, Finance Minister Yair Lapid proposed a Gaza rebuilding project of his own on Monday, but with the stipulation that Hamas hand over power in Gaza to the Palestinian Authority.