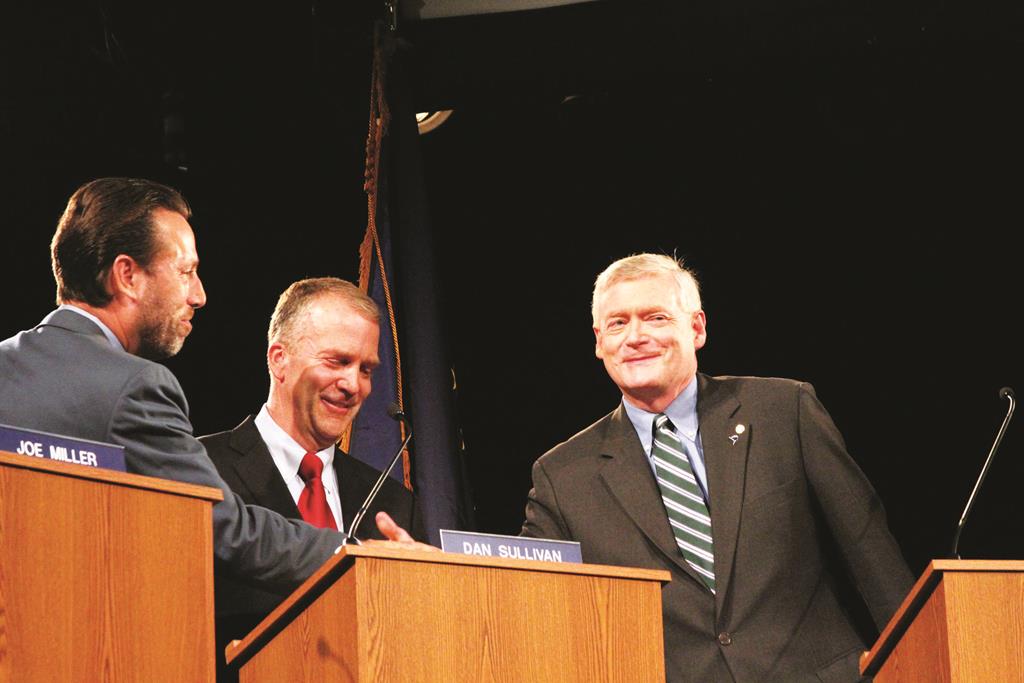 Needing to net six seats in November to regain control of the U.S. Senate, Republicans ought to be able to count on reliably conservative Alaska as something of a guarantee.

But they’ll first have to settle on a candidate. And as the Republicans on next Tuesday’s ballot snipe, bicker and fight their way toward the primary, some are worried their candidate  — no matter who it might be — will emerge too weakened to defeat Democratic Sen. Mark Begich.

“That’s the life of a Republican primary — bomb-throwing for three months, and then you try to piece the candidate back together before the general,” said former Republican state lawmaker Andrew Halcro.

In some ways, the same schisms dividing the party establishment and tea party supporters in the Lower 48 are playing out on The Last Frontier.

Former state attorney general and natural resources commissioner Dan Sullivan has the backing of major Republican donors and Washington-based power brokers, including Karl Rove. The Marine reservist, who worked for the State Department in the George W. Bush administration, is the target of populist, socially conservative broadsides from tea party favorite Joe Miller, who pulled off a surprise upset of Republican Sen. Lisa Murkowski in the state’s 2010 primary, only to see her win the general election in an historic write-in campaign.

Should Miller lose on Tuesday, Republicans are worried he could again mount a third-party bid and effectively hand the election to Begich. Miller has largely denied that’s in his plans.

“I don’t think it would be successful,” he said.

In the middle is Lt. Gov. Mead Treadwell, who has tried to paint Sullivan — born in Ohio, but with roots in the state that date to the 1990s — as an outsider. It’s a potent charge in a state that considers itself a world apart from the rest of the country. He’s also started to echo Miller’s tea party rhetoric against Sullivan.

“Dollars don’t vote here in Alaska, people do, and I ask you to remember that we can’t be bought,” Treadwell told the audience at a recent debate in a clear shot at Sullivan’s money.

The establishment–tea party divide is magnified in the nation’s geographically largest state, which may be its smallest politically, with fewer than 500,000 people registered to vote.

It’s the sort of place where Miller might campaign by waving campaign signs at passing cars with a group of volunteers, as he did Monday, not far from where Sullivan’s daughters and a clutch of Treadwell supporters had just done the same.

Miller is still smarting over 2010 and blames the state’s political establishment for his loss to Murkowski.

Alaska is a notoriously hard state to poll, but analysts think the battle is mainly between Sullivan and Treadwell. Most see Miller as a long-shot — though that also was the rap against him in 2010. Miller said in an interview Monday he has no plans to run as a third-party candidate should he lose the primary, but declined to promise that he would endorse the winner.

State GOP chairman Peter Goldberg is confident that despite such bitterness, the party will rally around Tuesday’s winner.

“By and large, there will be a single focus,” he said. “Even those who don’t like one candidate or the other, they dislike Mark Begich a lot more.”

Despite Alaska’s partisan record — the state hasn’t voted for a Democratic presidential candidate since 1964 and Begich is the only Democratic statewide office holder — national Democrats are increasingly confident about his chances.