Israel Tunnel Detection Technology Being Tested in the Field
Israel 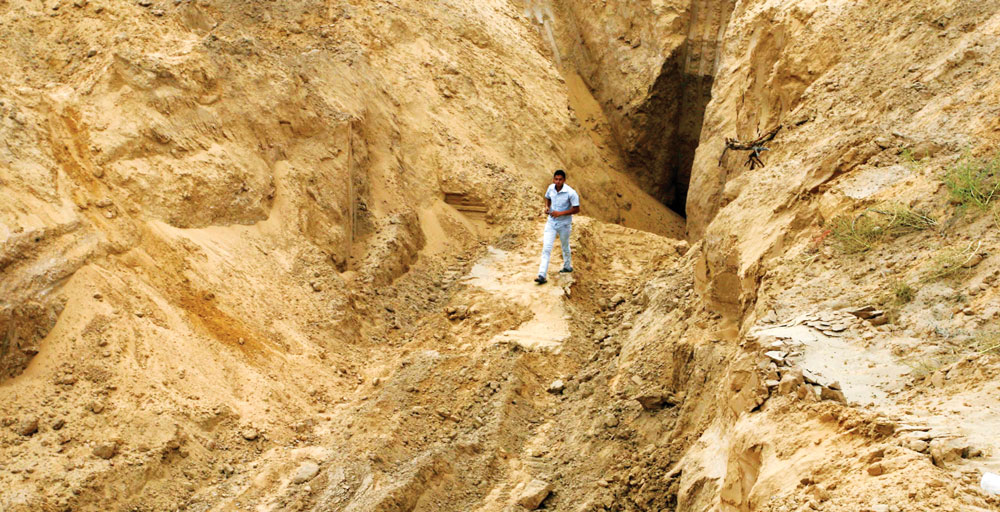 As the pullout from Gaza began, the IDF declared that all the known tunnels dug by Hamas had been neutralized. Any tunnels that would be located in the future would be dealt with at that time.

The means to locate the underground structures more efficiently is being developed urgently, and on Monday The Jerusalem Post reported that a system for detecting infiltration tunnels has tested successfully in the laboratory and is now being tried out in the field

If all goes well, the system can be deployed in the Hamas enclave within about a year, according to a senior IDF officer.

In another defense technology development, Israeli sources say that lasers able to destroy incoming mortar shells will soon be ready for deployment.

The short-range, low-trajectory mortars are not countered by Iron Dome and do not trigger the air raid sirens, thus making them particularly dangerous, since there is no warning to take cover before they strike. A number of Israeli deaths and injuries in the past month were attributed to mortars fired from Gaza.

“There is an answer for the mortars and it’s a laser,” president and general manager of Rafael Armament Development Yedidia Yaari said.

“We are already working on a model that hits rockets in the air with a very high rate of success, but we need money for development,” Yaari said, adding that he thinks its a matter of a year or two before the system could be deployed.

Rafael unveiled what it dubbed the Iron Beam system at the Singapore Air Show in February. The land-based system uses a pair of multi-kilowatt high-energy lasers (HEL) to disable incoming projectiles and unmanned aerial vehicles at short ranges.