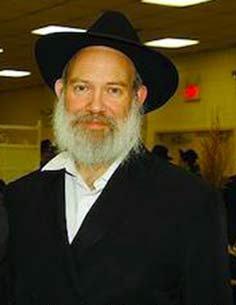 The Miami Jewish community, as well as that of Crown Heights, were plunged into shock and mourning by the murder of Reb Yosef Raksin, 60, Hy”d.

The crime took place at approximately 9 a.m. Shabbos morning, while he was en route to daven at the Beis Menachem shul in Miami-Dade, Florida.  Reb Yosef, a resident of Crown Heights, was in Miami visiting his daughter and family who live there. Sunday morning, hundreds of mourners gathered to escort  the aron on its way to the airport to be flown to New York.

According to a family member, the Raksin family have been Chabad Chassidim for nearly one hundred and fifty years.  His grandfather, Harav Rafael Eliezer Raksin, was the shochet, mohel, and baal kriah in Zhlobin, Belarus. He was a chassid of Harav Shmuel of Lubavitch, known as the Maharash. His maternal grandfather had served as chozer for the Maharash’s son and successor, Harav Shalom Dov Ber of Lubavitch, known as the Rashab, committing hours of divrei Torah to memory and reviewing them for others.

In a conversation with Hamodia, Reb Yosef’s brother, Reb Mendel Raksin, recalled that he “always davened slowly, word by word,” never rushing through any part of tefillah. In the many years that he worked for Landau Kosher Vitamins, he always “kept fixed shiurim in Torah.”

“He was an exemplary baal middos tovos,” said Reb Mendel.  “He was always there to help others or give a ‘gut vort’ of encouragement to anyone who needed it.”

Police are searching for two young male suspects, one of whom may have fled on a bicycle. The other may have run from the area.

Hava Holzhauer, the Anti-Defamation League Florida Regional Director, whose organization has been in close contact with Miami-Dade homicide investigators, said the crime “appears to be a robbery that went badly.”

On July 28, police reported that swastikas were spray-painted on the front pillars of Congregation Torah V’Emunah in Northeast Miami-Dade synagogue, which has left the local Jewish community on edge, especially amid the heightened tension between Israel and Palestinians over the conflict in Gaza.

However, local police do not suspect any connection between the two incidents.  “At this time there is no indication of this being a hate crime,” said Miami-Dade police spokeswoman Elena Hernandez in a statement.

The Miami Jewish community is offering a $50,000 reward for information leading to an arrest. Individuals who have any information on this shooting, please call Miami-Dade Crime Stoppers at 305-471-TIPS.

(With reporting from MCT and Miami Herald)