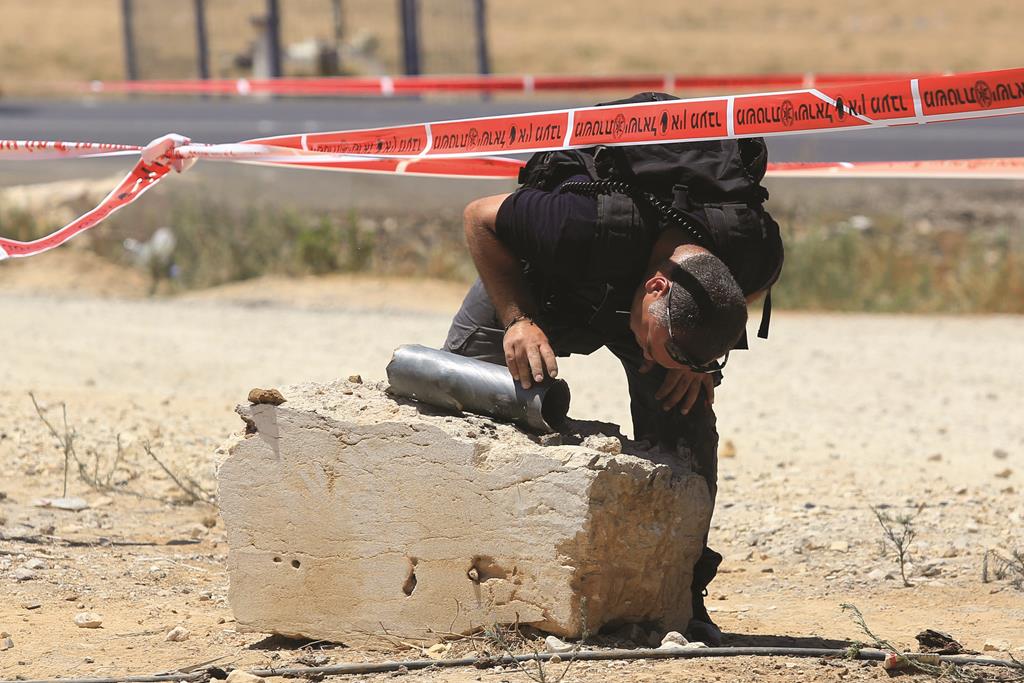 The Hamas terror group accepted an Egyptian cease-fire proposal Sunday, clearing the way for the resumption of talks on a long-term truce.

The announcement marked the second time in less than a week that the sides had agreed to Egyptian mediation. A similar three-day truce last week collapsed after Hamas renewed rocket attacks on Friday.

The truce took effect at midnight local time, preceded by heavy rocket fire from Gaza toward Israel. In Cairo, the Egyptian Foreign Ministry said the cease-fire would allow humanitarian aid into Gaza neighborhoods and the reopening of indirect talks on a more lasting and comprehensive deal.

Hamas is seeking an end to the Israeli-Egyptian blockade against Gaza, while Israel wants to dismantle the terror groups formidable arsenal of rockets and other weapons.

Palestinian negotiators accepted the proposal early Sunday after meeting with Egyptian officials throughout the weekend. Israeli officials concurred later. Both delegations are back in Cairo.

The fighting ended in a three-day cease-fire last Tuesday. Egypt had hoped to use that truce to mediate a long-term deal. But when it expired, the terrorists resumed their rocket fire, sparking Israeli reprisals. The violence continued throughout the weekend, including a burst of fighting late Sunday ahead of the expected cease-fire.

The Israeli military reported some 30 rocket attacks from Gaza on Sunday. Palestinian medical officials said seven people were killed in Israeli airstrikes, including the bodyguard of a Hamas leader.

Last week’s talks failed in part because Israel rejected Hamas’ demand for a complete end to the blockade, a measure that Israel says is necessary to prevent arms smuggling.

Israel says Hamas must disarm. Hamas has said handing over its arsenal, which is believed to include several thousand remaining rockets, is out of the question.

At a minimum, Israel will want guarantees that the rocket fire will stop. A 2012 cease-fire promised an easing of the blockade but was never implemented — in part because of sporadic rocket attacks by various terrorist factions in Gaza.

“They want to get legitimacy as a terrorist organization without accepting the requirements of the international community,” she told a news conference.