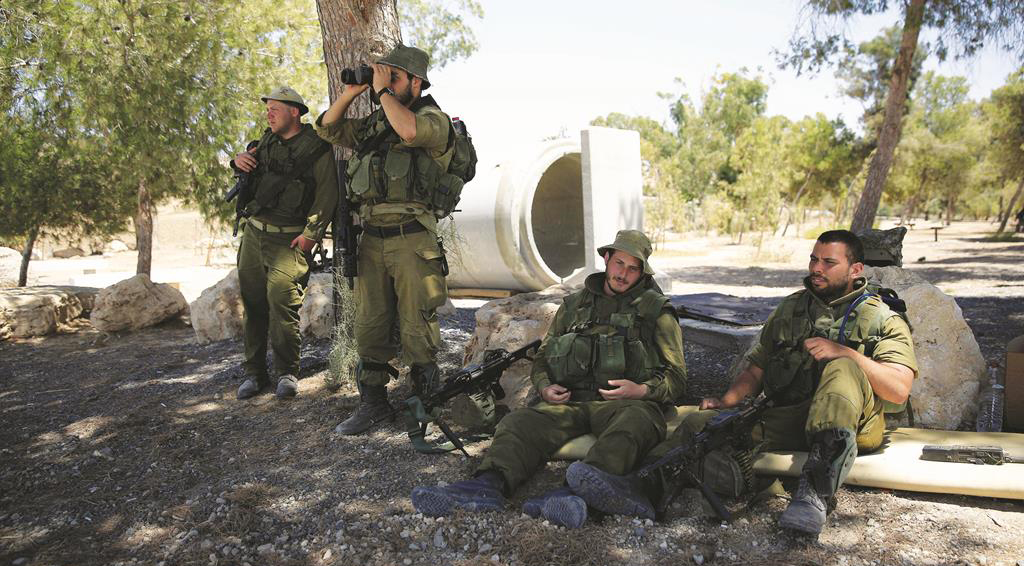 Friday morning at 8 a.m. will tell the tale whether the ceasefire will hold any further or not.

That’s when the 72-hour ceasefire expires. In the meantime, as of Thursday night, talks in Cairo have reached a dead end and Hamas is once again threatening to fire rockets at Israel.

In Israel, the threat is being taken seriously. Accordingly, military units have been put on alert and communities in the south near Gaza have been officially notified that the quiet may not last more than a few more hours.

Military sources said on Thursday that if Hamas should break the ceasefire, “the IDF is ready to respond with fire heavier than anything they’ve yet seen in Operation Protective Edge.”

Early Thursday morning, the Israeli delegation returned from Cairo, led by security services chief Yoram Cohen and Gen. (Res.) Amos Gilad. They briefed the cabinet on the talks in Cairo, reporting that Hamas has hardened its position, including demands for lifting the blockade, releasing prisoners, opening of border crossings, while refusing to consider Israel’s demand for demilitarization of Gaza.

They also reported a dispute between Hamas, on the one hand; the Palestinian Authority and the Egyptians on the other. The latter want Hamas to show flexibility, but so far, to no avail.

The Hamas officials threatened to quit the talks, but the Egyptians persuaded them to stay on, but for how long, or to what benefit, it was not clear.

The Israelis have responded with their proposals and say it is up to Hamas now to decide what to do. All options are open.

However, it was noted that a comparable situation prevailed at the end of Operation Cast Lead in 2008. The sides were stalemated, but the ceasefire continued and, in the end, a long-term truce took hold without any formal agreement.

On Thursday, Israeli Prime Minister Binyamin Netanyahu gave a series of interviews with foreign journalists from France, Germany and the U.S., during which he warned that “radical Islam is spreading across the Mideast. The Islamic State (ISIS), an al-Qaida-linked group, is taking over in Syria, Iraq and threatening Lebanon and Jordan. Then there’s the Hizbullah, Shiite extremists who are fighting the Sunni extremists, Hamas, and others in North Africa. Each one is fighting the other. But they all agree that, once they have eliminated the more moderate Islamists, they will turn their attention to Israel. But”, Netanyahu added, “we are only the little Satan, while you [the United States) are the Great Satan.”

Netanyahu said that the Western leaders must choose whom to support: the fanatical Islamists who seek to impose their dictatorship on the entire region, with all that implies for human rights and religious freedom; or Israel, the one democratic country in the Mideast, which is fighting to survive.