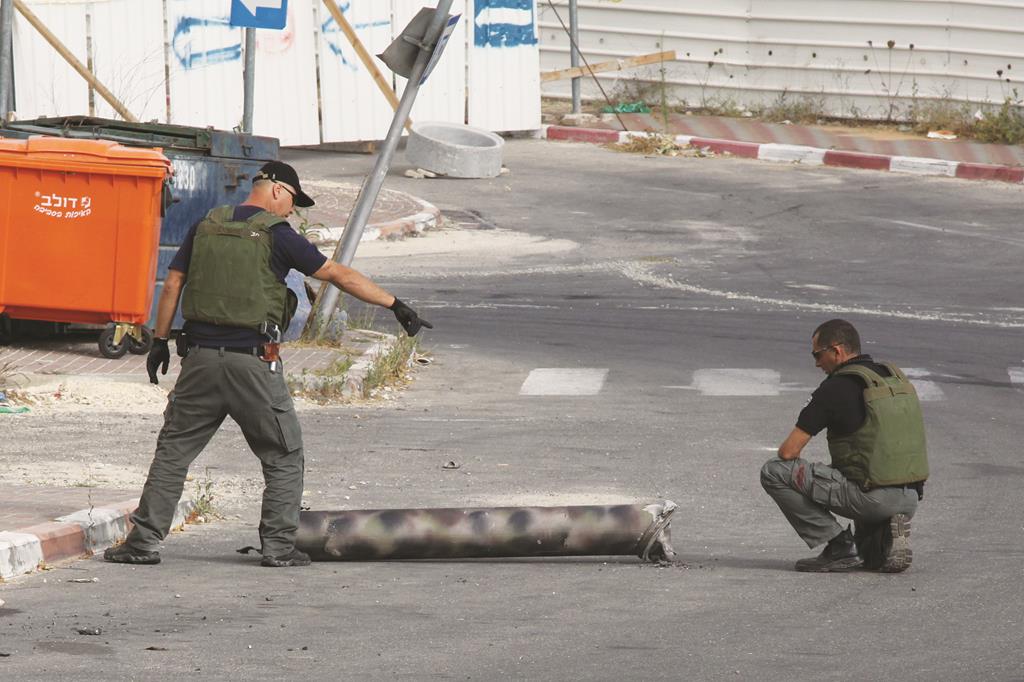 Graphic evidence of Hamas rockets being fired from populated areas in Gaza have been released in recent days by Israeli and foreign media sources, backing up allegations of terrorists using human shields.

The IDF released video on Wednesday showing Hamas rockets being fired from launchers next to civilian homes.

The images prove Israel’s repeated contention that the terrorists have been making systematic use of innocent residents to draw Israeli fire and thereby increase the number of civilian casualties, or deter the IDF from retaliating.

On Tuesday, a news crew from an Indian network broadcast rare footage of Palestinians in Gaza preparing to launch rockets at Israel just as the ceasefire was about to go into effect.

The Indian journalists were able to look from the window of a hotel patronized by foreign reporters and film the terrorists as they set up for the launching.

A reporter for France 24, Gallagher Fenwick, was reporting from Gaza last Friday, and in the middle of his discussion of the “humanitarian crisis” there, he was interrupted by a sudden explosion.

“This was a rocket,” a rattled Fenwick told his audience, “this was a rocket, rockets were just shot right next to where we are standing, so I’m not going to stand here very long because usually there’s a strike just moments after this occurs.”

Fenwick went on record that the rocket that caught him off guard was launched in a crowded civilian area in front of a U.N. building.

The ad campaign has already appeared in leading American publications such as the New York Times, New York Observer, Washington Post and the Wall Street Journal.

It calls on “true Muslims,” as well as world leaders, to condemn what it brands as Hamas’ use of “child sacrifices,” and is entitled “Jews Rejected Human Sacrifice 3,500 Years Ago. Now It’s Hamas’ Turn.”

According to the New York Observer, in rejecting the ad “a representative of The Times wrote to the Rabbi’s ad-buying firm saying, ‘In brief, [The Times] [feels] that the opinion being expressed is too strong and too forcefully made and will cause concern amongst a significant number of Times readers’.”