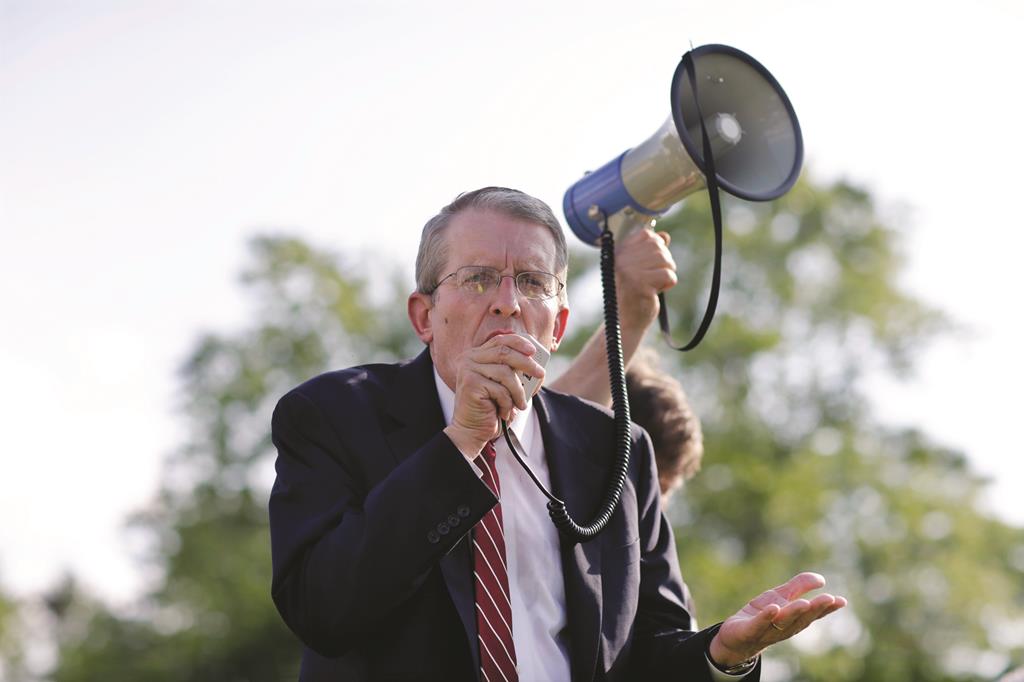 Most New Jersey voters, even Republicans, don’t know who Jeff Bell is, but that isn’t stopping a surprising number of them from supporting his Senate campaign against Democratic incumbent Cory Booker.

With three months to go before the November general election, Booker has a clear edge but not as wide as would be expected in a state that has not elected a Republican to the Senate since 1972.

Maurice Carroll, assistant director of the Quinnipiac Poll, said he believes that Booker is better liked nationally than he is in New Jersey.

“Booker is a national celebrity,” he said. “People in New Jersey known this guy was the mayor of Newark, and Newark is not a place they’re proud of.”

Bell admits he is surprised that a series of polls have shown the race isn’t a blowout for his opponent. “It’s just dissatisfaction with the president, the administration,” he said.

Bell has some major obstacles in the race. As of June 30, Booker had $3.5 million in his campaign coffers and Bell, fresh off a primary victory, owed $46,000 — and he said Wednesday that his financial position isn’t much better now. But Republican Gov. Chris Christie has agreed to help him raise money.

Bell won a June primary over three other Republicans with a campaign focused almost solely on the ideas of again backing the U.S. dollar with gold and letting interest rates rise. He says he believes that approach would help spur the economy that has been recovering relatively slowly from the Great Recession.

The same poll shows Christie trailing former Secretary of State Hillary Clinton, a Democrat, in New Jersey 50 to 42 percent if they both seek the 2016 presidential nomination for their respective parties.