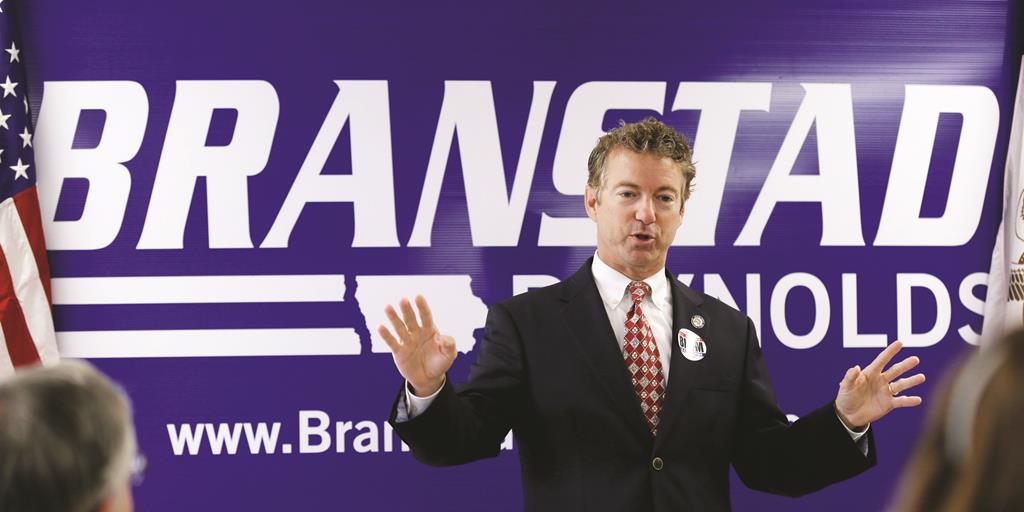 Campaigning this week in Iowa, Republican Sen. Rand Paul (Ky.) said he’d never proposed cutting off U.S. aid payments to Israel. It didn’t take long for Paul to be confronted by his own statements from 2011, when he offered a budget plan that called for ending such aid to all nations, including Israel.

It’s a row that’s cast a shadow of sorts over Paul’s three-day swing through Iowa, where he’s campaigning for Republican candidates while tending to his own 2016 ambitions. That includes working to overcome what might be his greatest political challenge: convincing the GOP — and its most powerful donors — that he’s not simply a younger version of his father, former Rep. Ron Paul of Texas.

On Tuesday, Paul told The Associated Press that stories suggesting he wants to end aid to Israel imply, “I’m this senator out to target Israel.” His past ideas about foreign aid, he said, focused on the money given to all nations.

“It’s all a general discussion about spending money you don’t have,” he said, arguing that even Israeli President Binyamin Netanyahu has said he welcomes the day when Israel is independent of American aid.

Paul’s ideas about foreign aid have evolved since 2011. On a visit to Israel last year, Paul gave a speech calling for a gradual reduction of foreign aid — despite Israel’s status as one of the top recipients of American assistance. The country gets about $3 billion a year in military aid from the U.S.

Rand Paul holds libertarian positions similar to his father’s, but he has reached out to younger and more diverse voters as he works to enhance his standing among the GOP’s leading foreign policy thinkers.

“It is important for me that a candidate is pro-Israel,” said Gwen Ecklund, a county GOP chairwoman in Republican-heavy western Iowa. “There is probably some foreign aid that can be phased out. But not to like-minded countries that depend on us.”