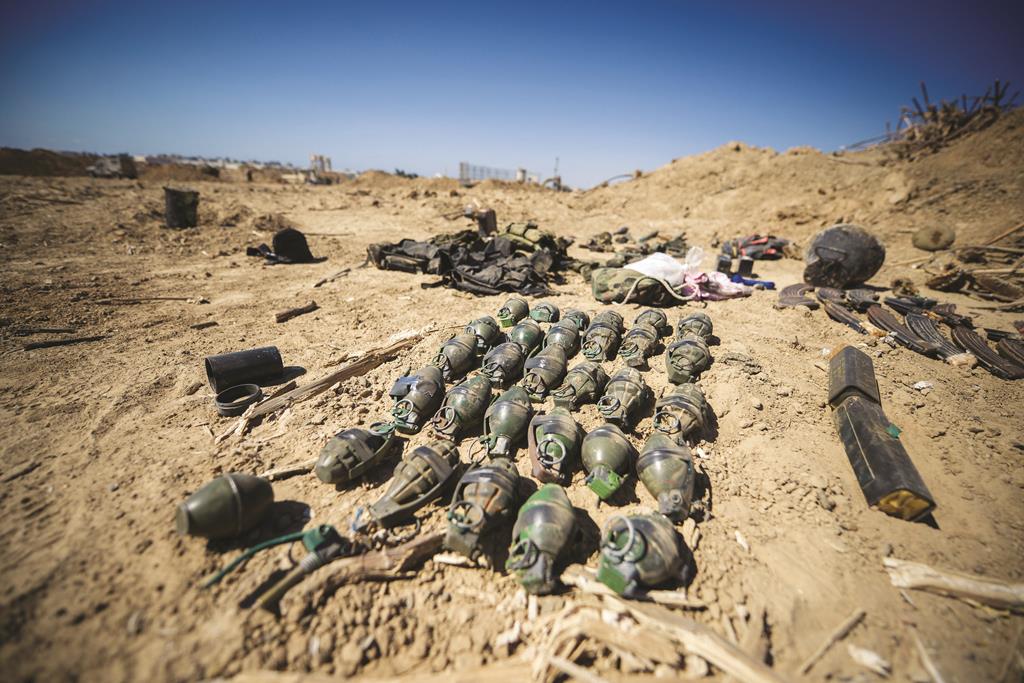 The Goldin family of Kfar Saba had an unexpected visitor on Tishah B’Av, while they sat shivah for their son, Hadar Goldin, Hy”d, who was kidnapped and killed by Hamas in the southern Gaza Strip last week.

The visitor was the deputy commander of the Givati brigade that Hadar belonged to, Lieutenant Eitan, who was the first one to notice that Goldin had been abducted into a tunnel. On the spur of the moment, he decided to enter the tunnel, despite the dangers involved, and to pursue Goldin, who was also a good friend.

Two other soldiers joined Lieutenant Eitan, and they ran after Goldin for hundreds of meters into the tunnel, in an effort to save him.

“Despite all the instructions and the prohibitions against what we were doing, I felt that I had to do this because it was the only chance to find Hadar,” Eitan related to the parents. “I entered the tunnel and switched on a flashlight. At the same time, I was holding my weapon ready for any terrorist I may encounter.

“Along the way,” he added, “I noticed every detail that could give me any information as to what had happened to Hadar. I stopped from time to time to pick up certain things, and I found signs that he had been in the tunnel.

“I ran some 800 meters, maybe more,” Eitan told the Goldins and all those sitting with them. “In the end, regretfully, I didn’t find either Hadar or his abductors. We got to the exit point of the tunnel, deep in the city of Rafiach, and I realized I was in an empty mosque that could possibly be rigged with explosives. There was no point in continuing further inside, and I told the two soldiers with me that we had to get back quickly, but would collect every single thing we could on the way.”

Indeed, as they searched, Eitan found Hadar’s personal pack, inside which was a pair of tefillin that he had carried in battle until the abduction, his tefillin and a pad in which he wrote down personal notes. He took all of this, as well as other things that he was not ready to talk about, and retraced his steps until he rejoined his worried comrades at the entrance to the tunnel.

Initially, he delivered the findings to his superiors and the Military Rabbinate, which helped the military beis din established by the army’s chief Rabbi, Brig-Gen. Rafi Peretz determine that Hadar had been killed and, based on the findings that had been submitted, he could also be brought to kever Yisrael.

On Tishah B’Av, Lieutenant Eitan and his parents were warmly welcomed to the Goldin home. Eitan related what he had been through, and then surprised Hadar’s parents by pulling out Hadar’s tefillin, siddur and his personal effects. Upon receiving the items, the senior Goldins burst into tears.

They thanked Eitan for what he had done — it was in his merit that their son could be buried — and, of course, for Hadar’s tefillin.