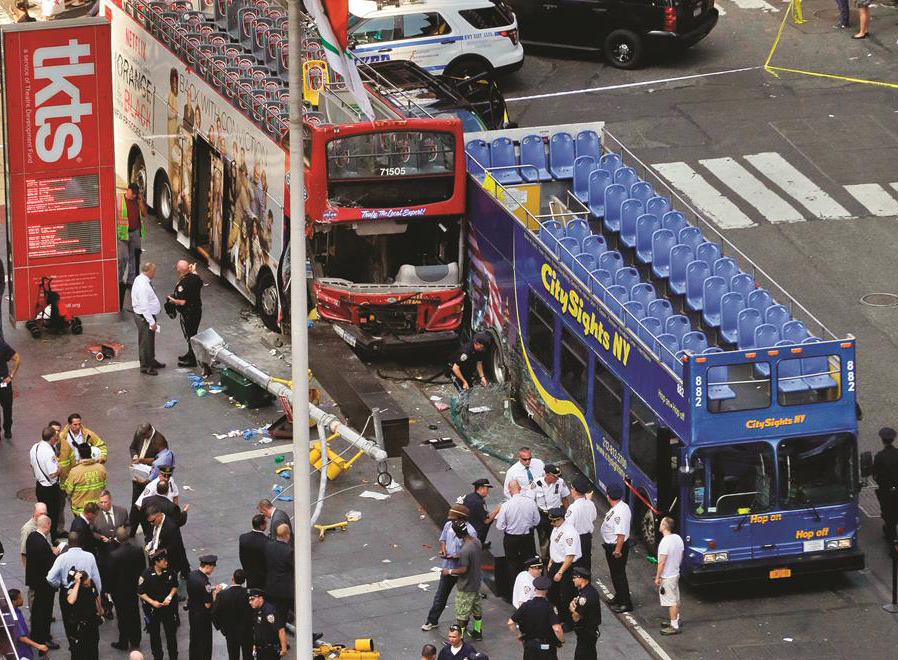 One of the drivers involved in a double-decker tour bus crash that injured 14 people in Times Square was arrested.

William Dalambert of New Jersey was charged with driving while impaired. Police say tests will determine whether prescription or illicit drugs were involved.

Dalambert was driving a Gray Line tour bus when he struck at high speed another parked double-decker bus Tuesday. A traffic light toppled, its metal pole lying on a pedestrian strip.

The accident happened at 47th Street and Seventh Avenue in Manhattan, an area teeming with tourists. A stretch of Seventh Avenue was shut down for hours.

None of the injuries are believed to be life-threatening.

“We are very, very fortunate there weren’t many more injuries,” Deputy Fire Chief Roger Sakowich said. “The size of that light pole with the street light on it could have done a lot more damage. We’re very lucky.”