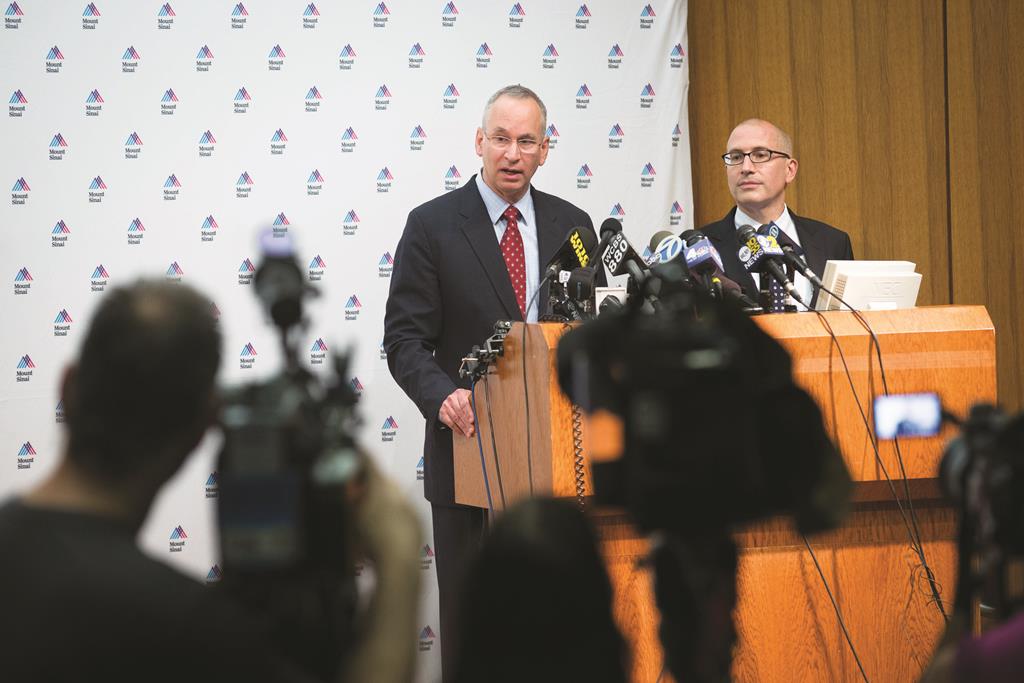 A man admitted to Mount Sinai Medical Center with a high fever and gastrointestinal symptoms after a trip to West Africa probably does not have Ebola, New York City’s health commissioner said Tuesday.

Dr. Mary Bassett said it’s “highly unlikely” the man has Ebola, even though he recently traveled to a country where the virus has been reported, adding that she would await test results from the U.S. Centers for Disease Control and Prevention.

The man was ill when he arrived at Mount Sinai early Monday.

“I think what we learned from this is that people who are potentially infected with Ebola are rapidly identified [and] actions are taken rapidly to be sure that they are isolated and receive help,” Bassett said.

The CDC has said three Americans in the United States were tested for Ebola since the West African outbreak erupted this year and those results were negative.

The Ebola virus causes a hemorrhagic fever that has sickened more than 1,600 people, killing nearly 900, mostly in Liberia, Guinea and Sierra Leone. It’s spread through direct contact with bodily fluids. A person exposed to the virus can take up to 21 days to exhibit symptoms, making it possible for infected travelers to enter the U.S. without knowing they have it.

Two American aid workers who were infected with Ebola in Africa are being treated in an isolation unit at Emory University Hospital in Atlanta.