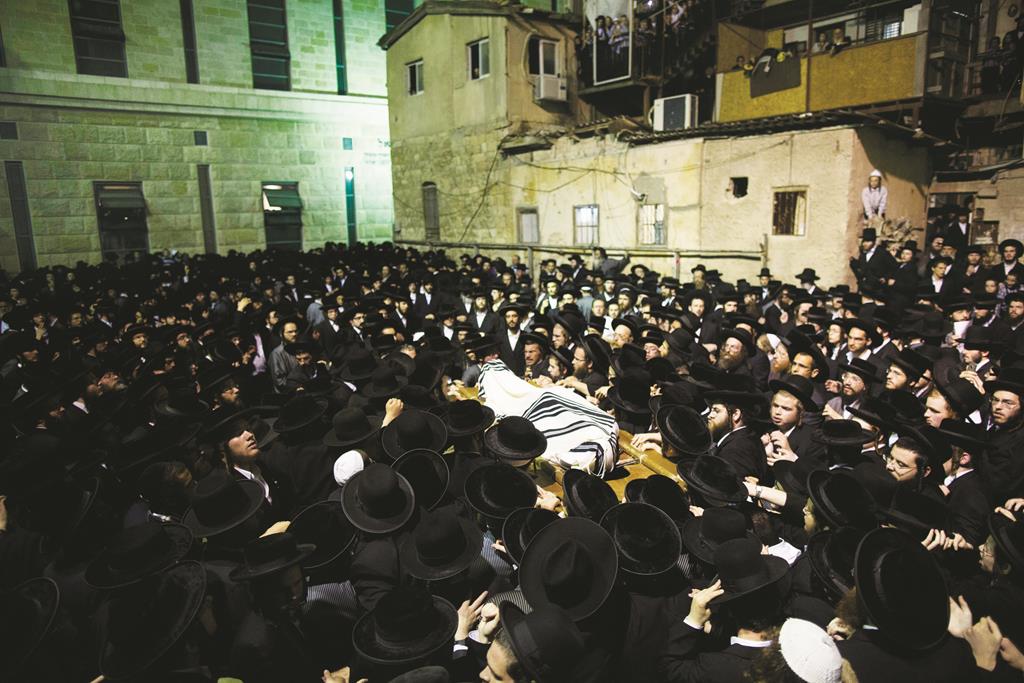 Thousands participated in the heartbreaking levayah Monday nightof Reb Avrohom Wallis, Hy”d, a 29-year-old avreich from Mea Shearim who was killed in a terrorist attack on Erev Tishah B’Av on Shmuel Hanavi Street, near Kikar Zhvill in Yerushalayim.

Wallis, a lifelong member of the Toldos Aharon community, left behind a wife and five children, yblc”t.

Reb Avrohom was noted for his devotion to Torah study and his yiras Shamayim, chessed and Chassidus, and was particularly close to the Rebbe of Toldos Aharon, shlita. He worked in his cousin’s  tzitzis shop, Wallis Originals.

Earlier in the day, Wallis, who was representing the Asra Kadisha to prevent desecration of Jewish graves at another site, had agreed, as a favor to a friend, to switch posts with him at the digging site near Kikar Zhvill. It was the first time he had been there, an acquaintance told Hamodia.

It was apparently an Arab tractor driver from the same site who ran him over and killed him, and also injured several others when he upended a No. 291 bus waiting to pick up passengers headed for Beitar Ilit.

Following the recital of Kaddish by Reb Avrohom’s five-year-old orphan, the levayah proceeded to Har Hazeisim, amid weeping and mourning.