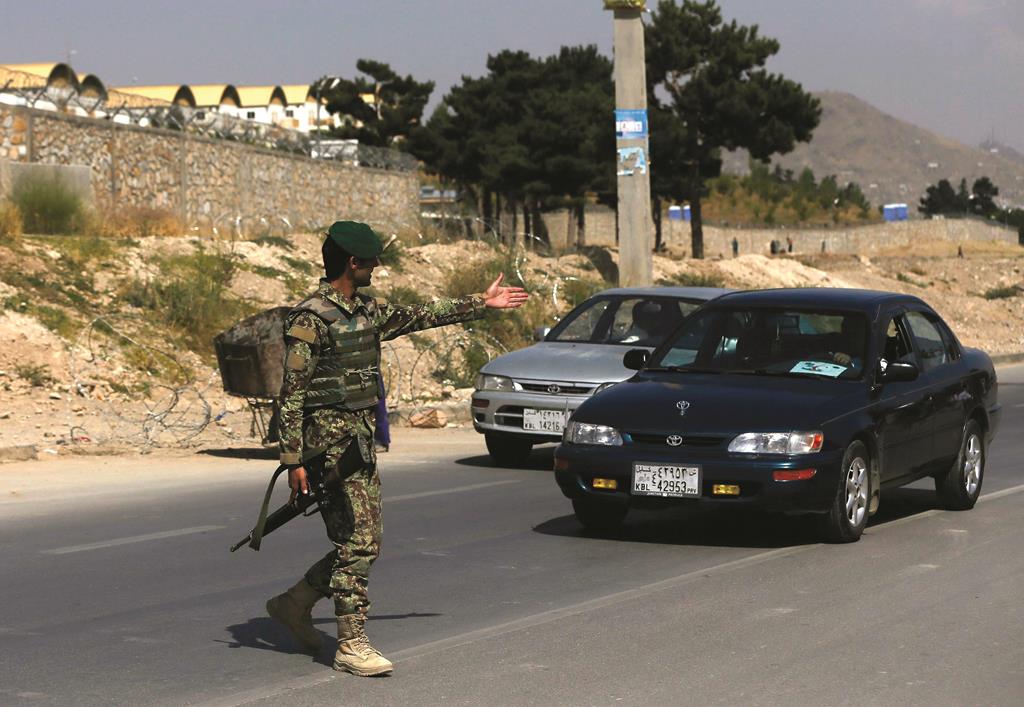 A man dressed in an Afghan army uniform opened fire Tuesday on NATO troops at a military base, killing a U.S. two-star general and wounding some 15 people, among them a German brigadier general and a number of Americans troops, authorities said.

Greene was the deputy commanding general, Combined Security Transition Command-Afghanistan. An engineer by training, Greene was involved in preparing Afghan forces for the time when U.S.-coalition troops leave at the end of this year.

The attack at Camp Qargha, a base west of the capital, Kabul, killed the highest-ranking U.S. officer to die in the nearly 13-year war, and comes as foreign troops prepare to withdraw by the year’s end.

While details remained murky about what sparked the attack, it showed the challenges still remaining in Afghanistan, a nation that’s known three decades of war without end.

Gen. Mohammad Zahir Azimi, a spokesman for Afghanistan’s Defense Ministry, said a “terrorist in an army uniform” opened fire on both local and international troops. Azimi said the shooter had been killed and that three Afghan army officers were wounded. He did not offer a motive for the assault.

Germany’s military said 15 NATO soldiers were wounded in an assault launched “probably by internal attackers.” The wounded included a German brigadier general, who the German military said was receiving medical treatment and was “not in a life-threatening condition.”

NATO said it was investigating the attack, which Afghan President Hamid Karzai condemned as “cowardly.”

It is “an act by the enemies who don’t want to see Afghanistan have strong institutions,” Karzai said in a statement.

Soldiers were tense in the immediate aftermath of the shooting. One soldier in a NATO convoy leaving Camp Qargha fired an apparent warning shot in the vicinity of Associated Press journalists who were in a car, as well as pedestrians standing nearby.

The Qargha shooting comes as so-called “insider attacks” — incidents in which Afghan security turn on their NATO partners — largely dropped last year. In 2013 there were 16 deaths in 10 separate attacks. In 2012, such attacks killed 53 coalition troops in 38 separate attacks.