Israel The Roads of Zion Are Mourning
Israel 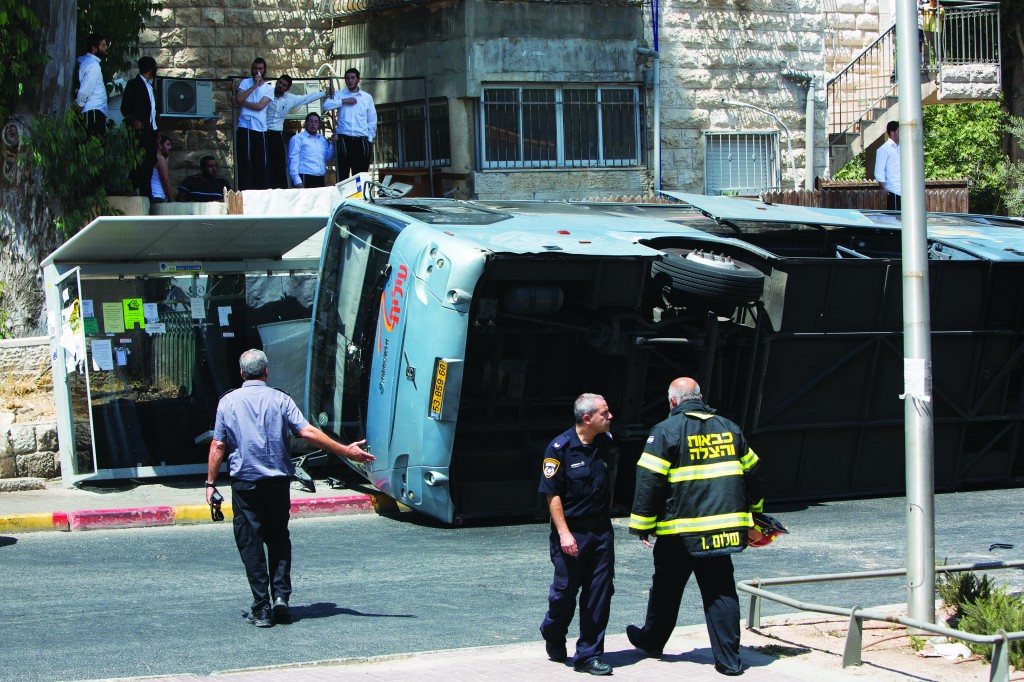 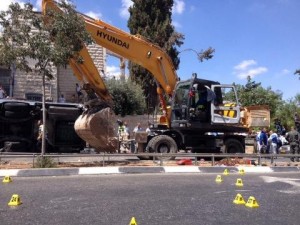 Yerushalayim was the scene of terrorist violence on Monday, Erev Tishah B’Av, as one person was killed and six others injured when a Palestinian driving a tractor went on a rampage in the center of the capital.

Reb Avrohom Walles, Hy”d, 29, father of five, was run over and killed, the first one hit by the tractor.

The tractor then rammed and overturned an empty No. 291 Yerushalayim-Beitar Ilit bus at Zacks Square, near Shmuel HaNavi Street. A bus driver and three people were hurt. B’chasdei Hashem, the bus was just at the beginning of its route; other buses at the same stop had many passengers.

It was the same bus stop near which the No. 2 bus bombing occurred on 22 Av 5763, eleven years ago. In that attack, a suicide bomber blew himself up on a packed bus returning from the Kosel, killing 24 and wounding more than 130.

Monday’s incident was brought to a swift conclusion when a security officer opened fire and shot the Arab dead.

In a separate incident later in the afternoon, an IDF soldier was shot at the entrance to the Mount Scopus tunnel  in Yerushalayim.

Eyewitnesses said that the assailant fled on a motorcycle or scooter in the direction of the Arab neighborhood of Wadi Joz.