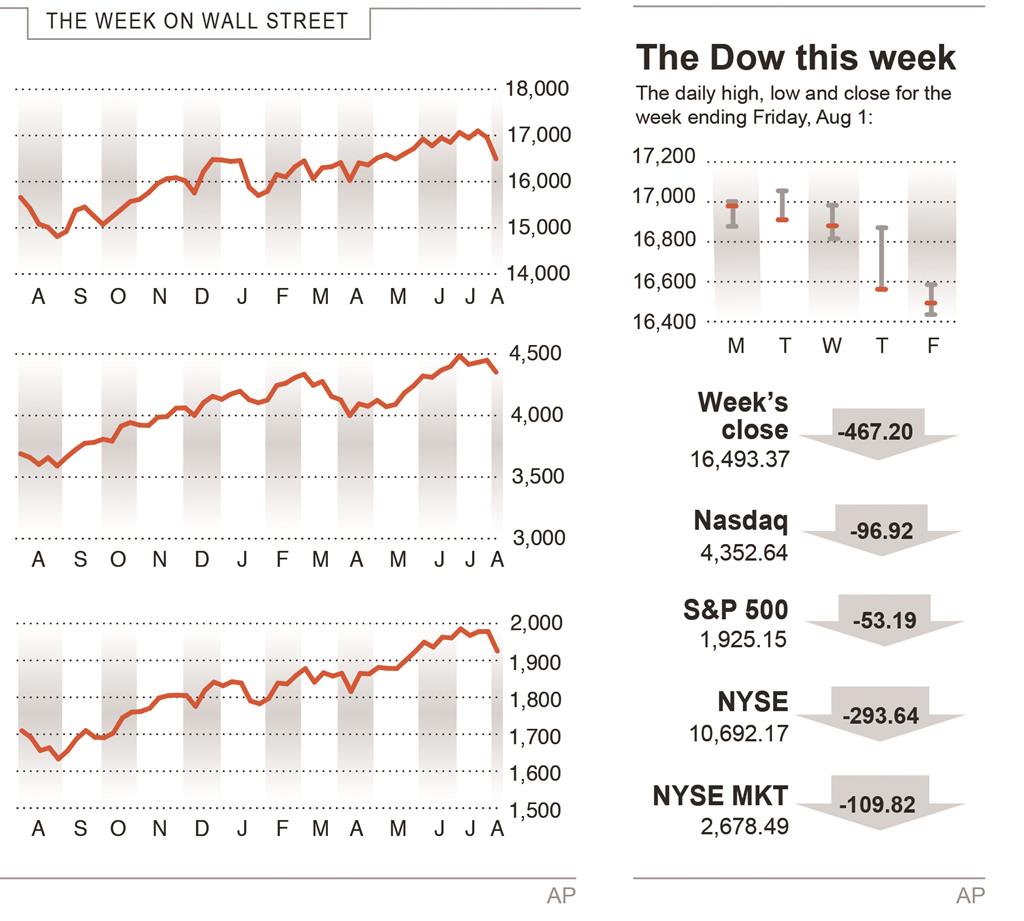 U.S. stocks fell for a second day Friday, adding to the massive sell-off the day before and giving the market its worst week in two years.

Investors found little reason to move money into stocks, faced with the growing geopolitical concerns in Israel and Ukraine, as well as banking problems in Europe.

For the last two years investors have generally wanted to step in to buy any major fall in the stock market, traders said, causing any sell-off to be met the following day with modest buying. Traders said that the selling Friday, on top of what happened the day before, is not a good sign.

“The follow-through from yesterday’s (market drop) is very telling,” said Jonathan Corpina, a trader on the New York Stock Exchange with Meridian Equity Partners. “The end of this week could not come at a better time as the weekend might provide some stability.”

Energy and financial stocks were among the biggest decliners. Chevron, the nation’s second-largest oil and gas company behind Exxon Mobil, fell $1.34, or 1 percent, to $127.90. While Chevron’s earnings were better than analysts had predicted, the company’s oil and gas production fell in the quarter. Exxon also reported lower production when it released its own results Thursday.

On Friday, the International Swaps and Derivatives Association ruled that Argentina had officially defaulted on its bonds for the second time in 13 years, in what the ISDA calls a “credit event.” In a “credit event,” investors who own credit-default swaps, a type of insurance that protects against a bond issuer defaulting, are activated and the companies which wrote the policies must pay the investors who own them.

In Portugal, the struggling bank Banco Espirito Santo plunged 40 percent. Espirito Santo reported Wednesday a 3.5 billion euro net loss for the second quarter, and there were concerns the bank is insolvent.

The concerns over the Argentinian default as well as with European banks were the biggest driver of Friday’s market decline, said Jonathan Golub, chief U.S. market strategist at RBC Capital Markets.

Investors did get some good news about the U.S. economy. The Labor Department said that U.S. employers created 209,000 jobs in July, while the unemployment rate rose to 6.2 percent from 6.1 percent. July was the sixth-straight month that U.S. employers created more than 200,000 jobs, a sign that the U.S. economy continues to recover. Economists also pointed out that the rise in the unemployment rate was likely due to more out-of-work people actively looking for jobs.

The good news on the economy also means the Federal Reserve isn’t going to be there to hold investors’ hands for much longer. The central bank said Wednesday it would cut back its bond-buying program again, and investors now believe the Fed is looking to raise interest rates starting next year.

The price of oil fell to the lowest level since Feb. 6.