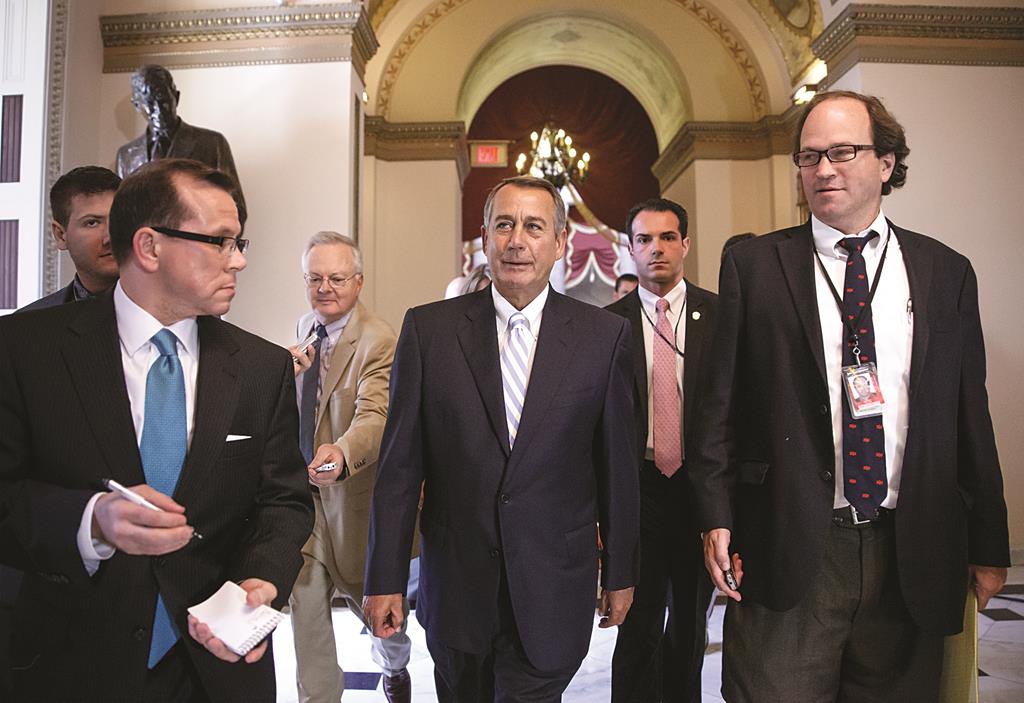 Short on votes, House Republicans abruptly abandoned a bill Thursday to address the immigration crisis on the U.S.-Mexico border after last-minute maneuvering failed to lock down conservative support. An hour later, they called an urgent meeting to plot their next moves.

The surprise developments, coming on Congress’ final day of action ahead of a five-week summer recess, were an embarrassing setback for Speaker John Boehner and his leadership team as a small group of tea party lawmakers once again upset their plans.

Even if Boehner succeeded in reviving the border bill, there was no chance it could be reconciled with a very different version awaiting action in the Senate in time to send to President Obama before Congress heads to its summer recess Friday.

The developments were also a disappointment for the majority of House Republicans who were eager to produce a legislative solution to the situation on the border, where tens of thousands of unaccompanied children have been showing up from chaotic Central American nations and crossing illegally into the United States. Many Republican lawmakers were reluctant to return to their districts to face voters without having acted.

“It can’t wait, it’s a humanitarian crisis,” Appropriations Committee Chairman Hal Rogers (R-Ky.) said before the vote on the $659 million measure was canceled, as he pleaded with fellow Republicans to support the legislation to send resources to the border and send the arriving youths back home faster.

“This bill is an urgently needed bill,” Rogers said.

Significant concessions by leadership failed to secure support from a small band of tea party lawmakers reluctant to give money to Obama without taking steps to rein in his executive authority on immigration. Those lawmakers were goaded on by firebrand Sen. Ted Cruz (R-Texas), who summoned them for pizza Wednesday evening to strategize against the bill.

As conservative opposition mounted, GOP leaders agreed late Wednesday to schedule a separate vote on legislation to block Obama from extending deportation relief to more immigrants here illegally, beyond the 500,000 that have already benefited from a program he created.

That seemed to win over some lawmakers by Thursday morning, but as the day progressed conservative lawmakers and outside groups declared the measure insufficient.

Then, just before the vote on the border bill was to begin, there was an unexplained pause in action on the House floor, and suddenly the reading clerk called up an unrelated highway bill instead.

Minutes later, the border bill disappeared from the House schedule for the day, and Boehner and other House leaders issued a statement saying: “This situation shows the intense concern within our conference — and among the American people — about the need to ensure the security of our borders and the president’s refusal to faithfully execute our laws. … We will continue to work on solutions to the border crisis and other challenges facing our country.”