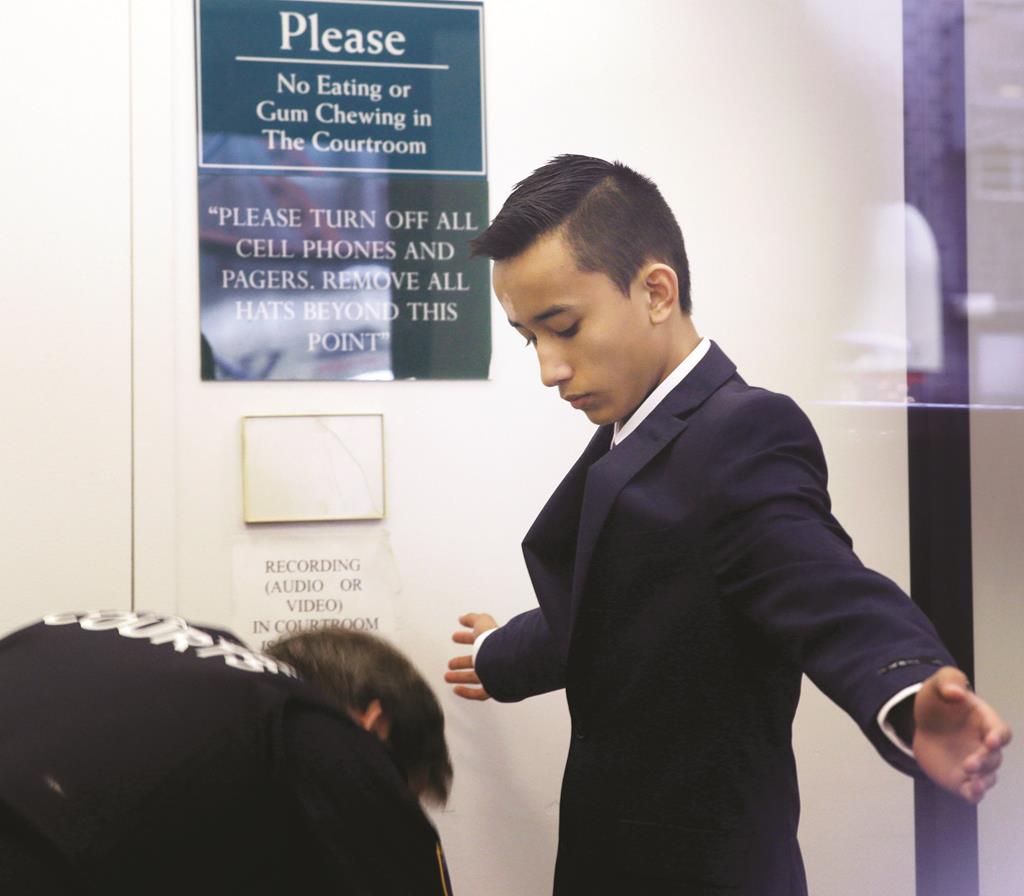 A teenage daredevil who sneaked to the top of the 1 World Trade Center tower pleaded guilty Wednesday in an escapade that fanned concerns about security at the nation’s tallest building.

Justin Casquejo admitted breaking a city misdemeanor law against scaling tall buildings without permission. He’s expecting a sentence of 23 days of community service for his March climb, which came about a week before three extreme-skydiving enthusiasts were arrested on charges of parachuting off the skyscraper at the heart of one of the country’s most security-conscious sites.

He is due to be sentenced in September.

Casquejo, a 16-year-old climbing enthusiast from Weehawken, N.J., slipped through a small gap in a construction fence and then used a ladder, scaffolding, elevators and stairs to scale the unfinished tower early on March 16. Along the way, he got by a snoring security guard.

“I was walking around all night trying to figure out how to enter” the site, knowing it was a no-trespassing zone, Casquejo later told police.

After spending about two hours atop the symbolic 1,776-foot-tall tower, Casquejo encountered a security guard as he descended.

The NYPD assigns more than 200 officers and uses extensive technology to protect the 16-acre World Trade Center site’s perimeter. Port Authority police and private security agents protect the inside. Ultimately, plans call for a $40 million system of barriers and checkpoints around the lower Manhattan site, which the Port Authority owns.