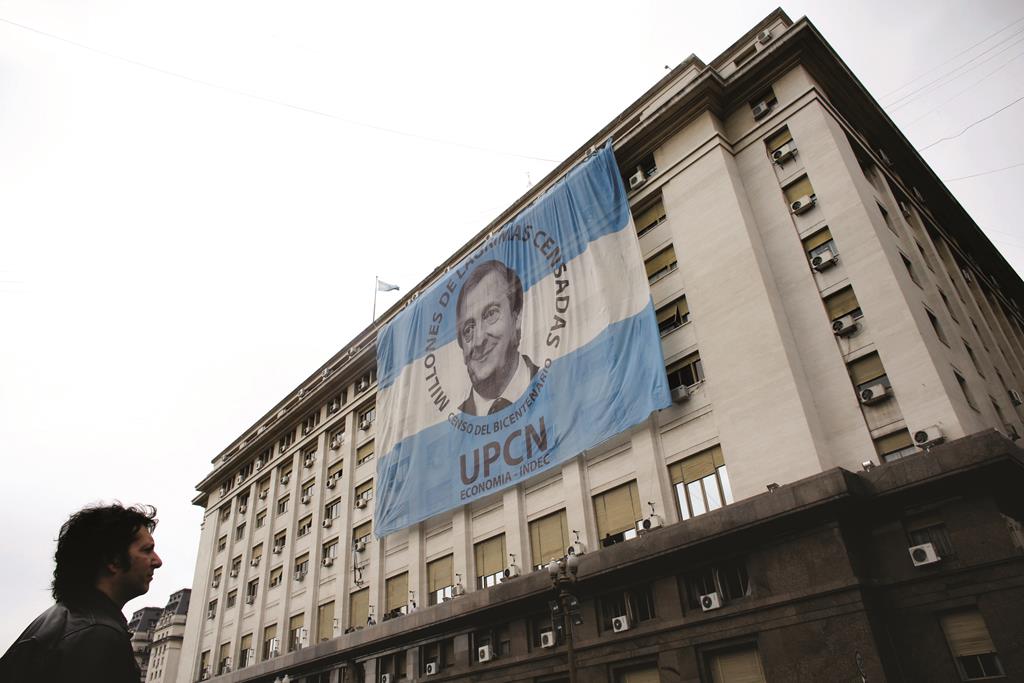 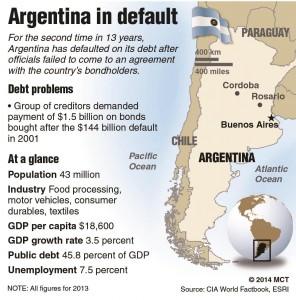 Argentina defaulted for the second time in 12 years after last-ditch talks with what it called “vulture” creditors failed, though debt insurance prices on Thursday suggested investors believed a deal could eventually be reached.

After a long legal battle with hedge funds that rejected Argentina’s debt restructuring following a 2002 default, Latin America’s third-biggest economy failed to strike a deal in time to meet a midnight payment deadline.

The immediate focus was on  whether a group of big banks and funds overseen by the International Swaps and Derivatives Association would declare the situation a “credit event”.

Any such ruling would set off a series of insurance payments and give most of Argentina’s current bondholders the right to demand their money back immediately. The deadline is August 4, according to analysts.

The cost of insuring Argentina’s debt against default fell sharply on Thursday, however, data provider Markit said, as investors speculated a deal could be struck, even if only in the long term.

“It is still not clear whether the credit default swap of the country will be triggered,” said Emiliano Surballe, fixed income analyst at Bank Julius Baer. “The situation that generated the default was a lawsuit, not the failure of the country to transfer the proceeds to pay existing debt.”

Argentina parked with its bankers the money to pay its current bondholders, but a U.S. legal ruling prevented it from doing so unless it paid off the holdout bondholders first.

“It’s probably going to be more a soft default scenario where prices will slide a bit. There is confidence in what the government is going to do,” said Rune Hejarskov, senior portfolio manager at Jyske Invest, tinian debt.

The default could get much messier and take longer to clear up if creditors force an “acceleration” for early payment on their bonds. Some investors saw this as unlikely.

Even a short default will raise local companies’ borrowing costs, pile more pressure on the peso, drain dwindling foreign reserves and fuel one of the world’s highest inflation rates.

“It is going to complicate life for businesses like YPF which were going to look externally for financing,” said Camilo Tiscornia, a former governor of Argentina’s central bank.