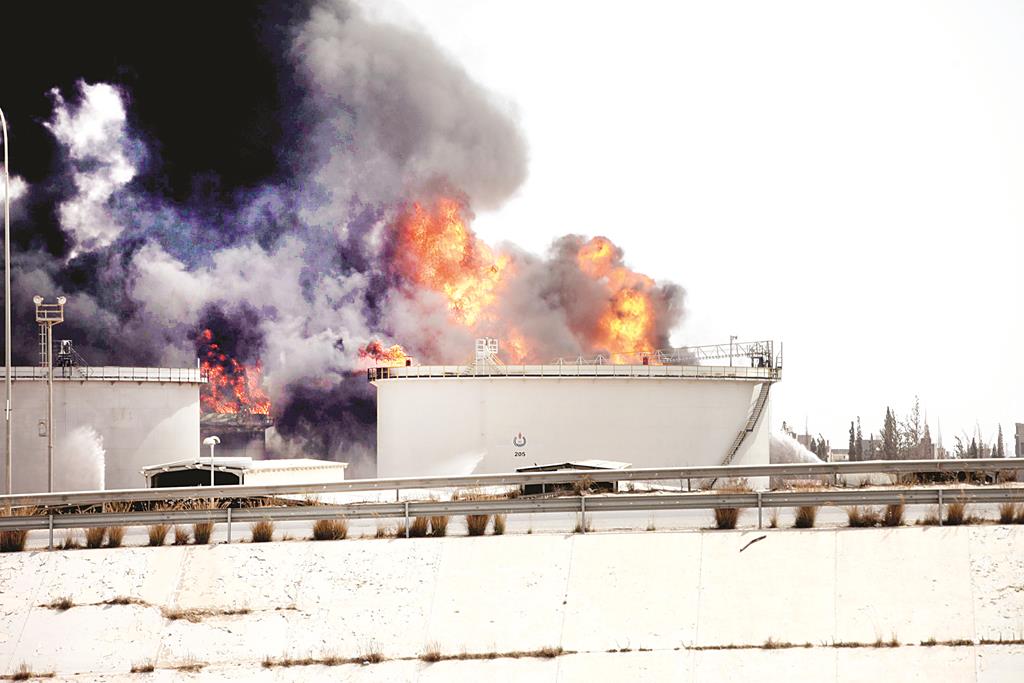 Rebel  fighters overran a Libyan special forces base in the eastern city of Benghazi on Tuesday after a battle involving rockets and warplanes that killed at least 30 people.

A special forces officer said they had to abandon their main camp in the southeast of Benghazi after coming under sustained attack from a coalition of Islamist fighters and former rebel militias in the city.

“We have withdrawn from the army base after heavy shelling,” Saiqa Special Forces officer Fadel Al-Hassi told Reuters.

A separate special forces spokesman confirmed the militants had taken over the camp after the troops pulled out. Part of the area is Camp 36 in the Bu Attni district and the special forces school.

Intense fighting in Benghazi, Libya’s second city, and battles between rival militias in the capital Tripoli have pushed the nation deeper into chaos after two weeks of the fiercest violence since the civil war which ousted Muammar Gadhafi in 2011.

Benghazi has been at the center of fighting between special forces and ex-rebel fighters of the Benghazi Shura Council who have joined up with the Ansar al Sharia, a terrorist Islamist group, residents said.

Ansar al Sharia, classified as a terrorist organisation by Washington, has been blamed by authorities for attacking the U.S. consulate in Benghazi in 2012 when the U.S. ambassador was killed.

Special forces and some regular air force units had recently joined forces with a renegade former army general, Khalifa Haftar, who had launched a self-declared campaign to clear the city of Islamist militants.

A government MiG warplane crashed during Tuesday’s fighting in Benghazi. A Reuters reporter saw the pilot parachuting to ground after hearing an explosion.

Since clashes erupted two weeks ago, foreign states followed the United States and the United Nations in pulling diplomats out of the North African oil-producing state. Fighting in Tripoli between two rival brigades of former anti-Gadhafi rebels closed the capital’s international airport.

A rocket hit a fuel depot near Tripoli airport two days ago, igniting a huge blaze that fire-fighters were still trying to put out. Italy’s government and Italian oil group ENI had agreed to help them, the government said.

A member of the new Libyan parliament Mustafa Abushagor, due to take office in August, was kidnapped in Tripoli on Tuesday by unknown assailants, the state news agency LANA reported, citing security sources.

Three years after Gadhafi’s fall, the OPEC nation has failed to control ex-rebel militias who refuse to disband and who are threatening the unity of the country. The extent of recent hostilities has increased Western worries that Libya is sliding towards becoming a failed state and may once again go to war.

Despite the violence, Libya’s oil production remained at around 500,000 barrels per day, and its oilfields are secure, Samir Salim Kamal, director of planning at the oil ministry told Reuters on Tuesday.

That was an increase from earlier this year but it remains well below the usual 1.4 million bpd.