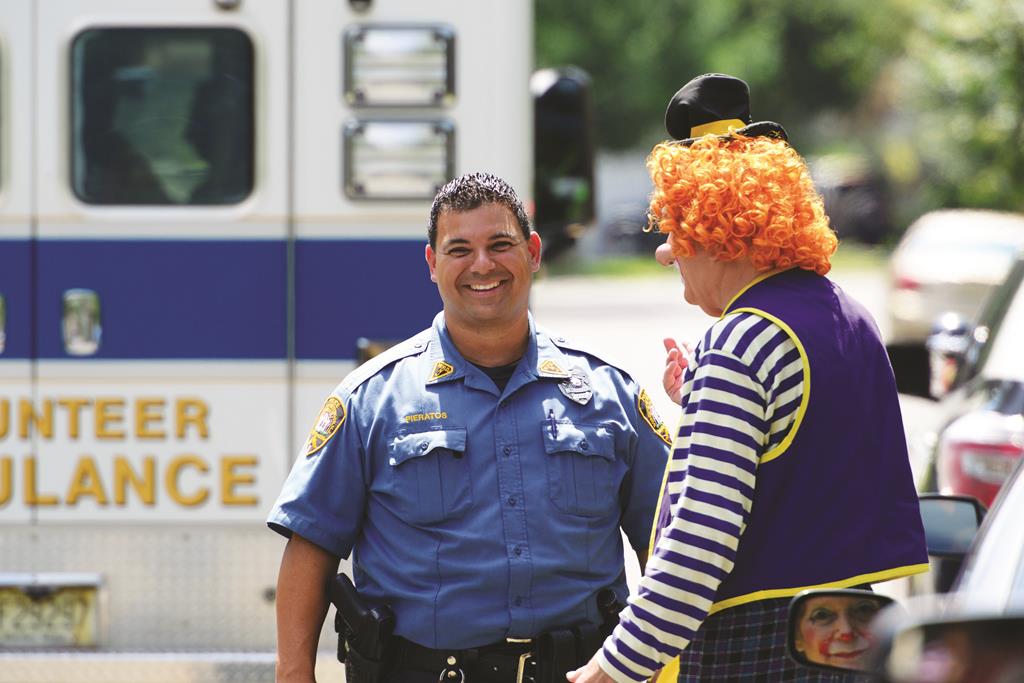 Clowns to the rescue!

A woman who had just finished performing at a clown show in New Jersey has some fellow clowns to thank after she crashed her car into a utility pole.

About 10 clowns had finished putting on a show at a school in Westwood Monday and departed in their respective cars. But the clowns’ cars came to a halt when they saw another clown in need.

The clown, who is 68, was reaching for a GPS device that fell off the windshield when she veered off the road and sustained minor injuries.

The clowns are members of Call Us Clowns, a not-for-profit organization that performs clown shows at schools and hospitals.