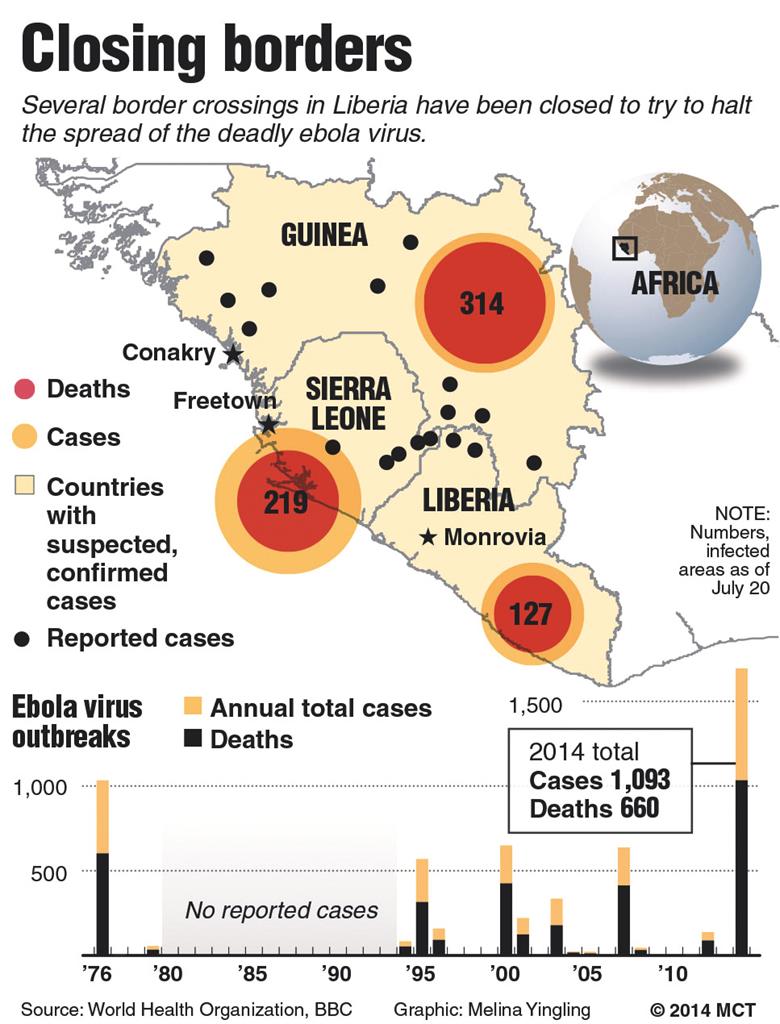 No one knows for sure just how many people Patrick Sawyer came into contact with the day he boarded a flight in Liberia, had a stopover in Ghana, changed planes in Togo, and then arrived in Nigeria, where authorities say he died days later from Ebola, one of the deadliest diseases known to man.

Now health workers are scrambling to trace those who may have been exposed to Sawyer across West Africa, including flight attendants and fellow passengers.

Health experts say it is unlikely he could have infected others with the virus that can cause victims to bleed from the eyes, mouth and ears. Still, unsettling questions remain: How could a man whose sister recently died from Ebola manage to board a plane leaving the country? And worse: Could Ebola become the latest disease to be spread by international air travel?

Sawyer’s death on Friday has led to tighter screening of airline passengers in West Africa, where an unprecedented outbreak that emerged in March has killed more than 670 people in Guinea, Sierra Leone and Liberia.

“The best thing would be if people did not travel when they were sick, but the problem is people won’t say when they’re sick,” said Dr. David Heymann, professor of infectious diseases at the London School of Hygiene and Tropical Medicine.

International travel has made the spread of disease via airplanes almost routine.