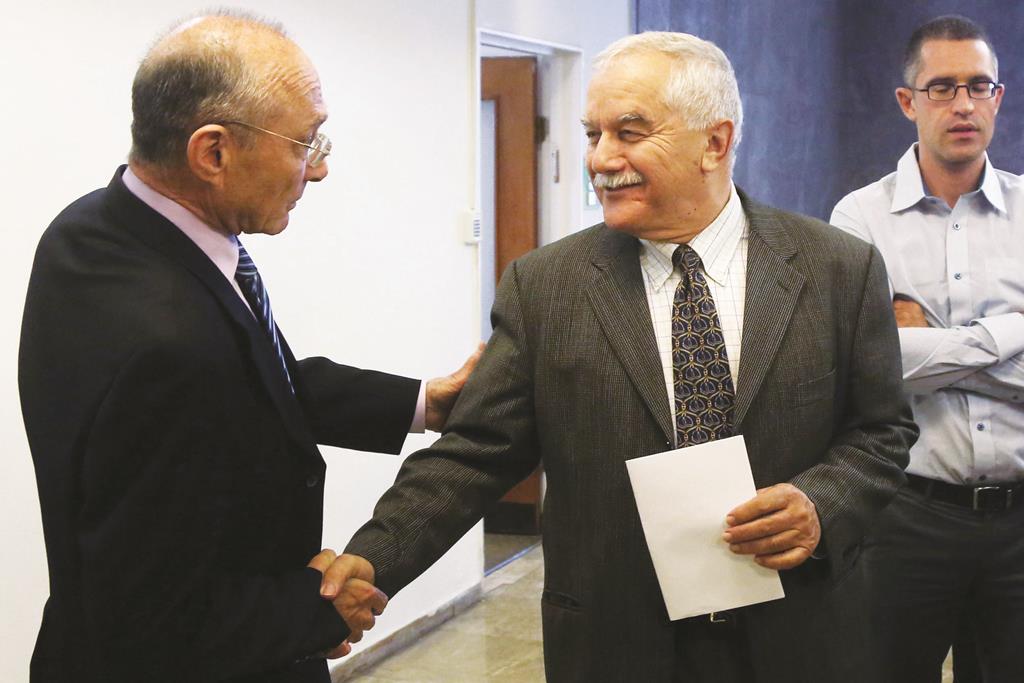 A day after a phone call from President Barack Obama to Israeli Prime Minister Binyamin Netanyahu forced a ceasefire in Gaza, Knesset members from various parties lined up to take aim at Obama and Secretary of State John Kerry.

“We need to withstand the excessive pressure that is put on us and deal with the interests of Israel,” he said. “Would America cease fire on al-Qaida when it is being attacked? John Kerry is disconnected from reality and ignores the security concerns of Israel.”

MK Eli Yishai (Shas) said, “The security of the citizens of Israel must come before our relations with the United States.” He said that although Israel owed much to America, “that obligation cannot come at the expense of Israel’s future.”

“Maybe it’s because they have a problem with the regime in Egypt and they thought that by going through Turkey and Qatar, they’d be seen as an honest broker. But instead, they lost the allies that they had and didn’t get any new ones. Kerry lost credibility in the eyes of everyone, and the president ended up undermining him.”

Some centrist and left-wing politicians also had harsh words for the Americans.

On the other hand, Washington found a receptive ear in Meretz leader Zehava Gal-On.  She called on Netanyahu to adopt Obama’s cease-fire initiative and his associates to stop bad-mouthing Kerry.

Friction between the U.S. and Israel was evident in other quarters as well, as a flap over the nature of Kerry’s ceasefire efforts became a matter of hot dispute.

In a briefing late Sunday, a senior American official denied to Israeli journalists that Kerry had in fact submitted a ceasefire proposal at all, charecterizing it as “a draft … that emerged from discussions between a number of parties.”

The official, who asked not be named, added that the document “was provided for comment and input, not for rejection or acceptance,” that it was “fully consistent with the Egyptian proposal,” and that it did not aim to cater to Hamas.

The official also slammed some of the Israeli media for misreporting and distorting Kerry’s work.

However, sources familiar with the proceedings at Friday’s security cabinet meeting told The Times of Israel on Monday that the Kerry document was presented to the ministers as a ceasefire proposal, and that they were asked to vote on whether to accept or reject it.

The show-of-hands vote was a unanimous 8-0 rejection of the proposal.

An Israeli official said he was baffled by the U.S. reaction, that they seemed surprised by Israeli criticism of Kerry and his ceasefire proposal. “You send it, you own it. If he submits it, it’s his paper,” the official said.

The mere fact that Kerry presented this proposal showed that he wanted Israel to consider it and make a counteroffer. “Nobody said Kerry wrote this all by himself. Nobody said he meant it as a take it or leave it proposal. But what Israelis cannot even begin to understand is how could he even think of forwarding this to the cabinet for consideration. That’s the scandal. It’s offensive that he would send it.”

The fact that Israeli analysts and observers throughout Israel’s political landscape — from the Israel Hayom newspaper, which is close to Netanyahu, to the left-leaning Haaretz — utterly condemned the proposal should signal to the Americans that it was ill-considered.

“If Israelis from such a wide variety of political affiliations unanimously reject this idea, maybe it’s time for some soul-searching,” the official said.

The American administration should learn how to “take criticism with a sporting attitude,” the official continued.

“Having said that, of course one should not engage in character assassination. We’re outraged by this ceasefire proposal, but Kerry and the U.S. remain our best friends and nobody is forgetting that,” he said.