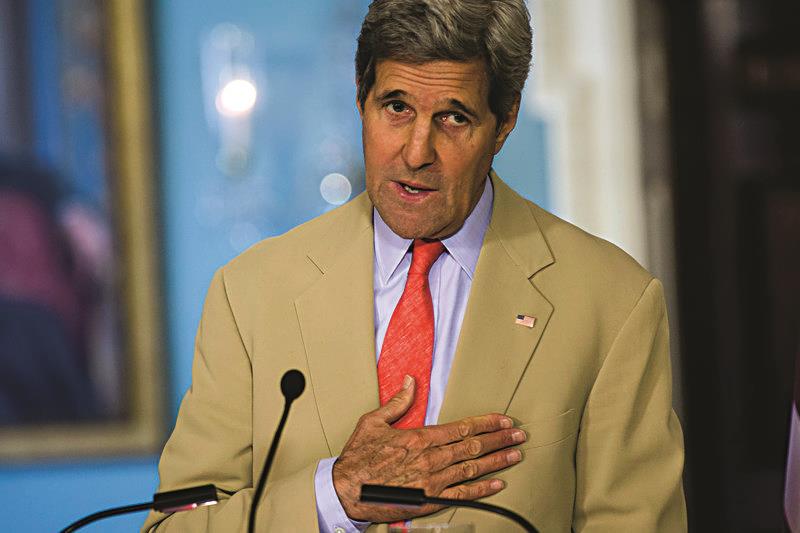 U.S. Secretary of State John Kerry responded to attacks on his ceasefire efforts from Israeli politicians and media on Tuesday, saying that Prime Minister Binyamin Netanyahu himself had called him to raise the idea of a ceasefire.

“The prime minister talked to me about the idea of a ceasefire. He raised it with me. Netanyahu has consistently said that he would embrace a ceasefire that permits Israel to protect itself against the tunnels,” Kerry said at a press conference in Ukraine.

Kerry also reminded doubters of his good faith of his long-time support for Israel. “I spent 29 years in the Senate and have a 100% voting record in favor of Israel.”

Israeli ambassador to Washington Ron Dermer joined Obama administration officials in a robust defense of Kerry, who was accused by Israeli politicians and newspapers of catering to Hamas demands while ignoring Israel’s legitimate security concerns. His proposal was rejected by the Israeli cabinet by an 8-0 vote on Friday.

Dermer told a gathering of Jewish leaders and top U.S. officials in support of Israel that the criticism of Kerry was “unwarranted.”

“I speak directly for my prime minister here,” he said. “The criticism of Secretary Kerry for his good faith efforts to advance a sustainable ceasefire is unwarranted.”

Israeli Prime Minister Binyamin Netanyahu has not commented publicly on the controversy surrounding the Kerry proposal.

Rice said the Obama administration was “dismayed by some press reports in Israel mischaracterizing (Kerry’s) efforts last week to achieve a cease-fire. We know these misleading reports in turn raise concerns here at home in America.”

“Our view is it’s simply not the way that partners and allies treat each other,” she said, and dismissed the criticism as a “misinformation campaign.”

Deputy National Security Adviser Tony Blinken argued that the proposal for which Kerry was assailed was not a U.S. proposal, but a draft to elicit comment from the Israelis based on an original Egyptian initiative.

“Virtually every element that unidentified sources complained about was in the initial Egyptian proposal and agreed to by Israel 10 days before,” he said.

“The continuance of IDF’s presence in Gaza is an additional means to put pressure on Hamas,” he said. “You mustn’t ignore President Barack Obama’s arguments, but it doesn’t mean Israel needs to comply immediately with Obama’s demands. We may be at the beginning of the end, but this not the end yet,” said Oren.