World In Iraq’s Mosul, Residents Push Back Against Terrorists
World 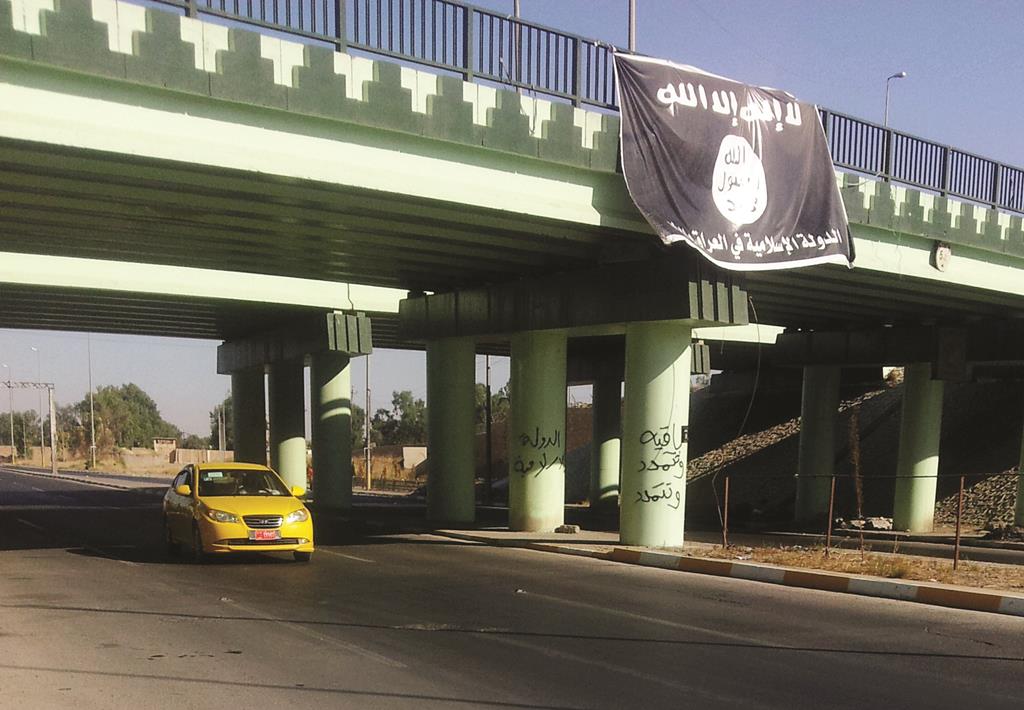 Residents of Mosul have watched helplessly as terrorists ruling the northern Iraqi city blew up some of their most beloved landmarks and shrines to impose a stark vision of Islam. Next up for destruction, they feared: the Crooked Minaret, a more than 840-year-old tower that leans like Italy’s Tower of Pisa.

But over the weekend, residents pushed back. When fighters from the Islamic State group loaded with heavy explosives converged on the site, Mosulis living nearby rushed to the courtyard below the minaret, sat on the ground and linked arms to form a human chain to protect it, two residents who witnessed the event told The Associated Press on Monday.

They told the fighters, If you blow up the minaret, you’ll have to kill us too, the witnesses said.

The terrorists backed down and left, said the witnesses, who spoke on condition of anonymity for fear of retaliation.

But residents are certain they will try again. Over the past two weeks, the terrorists ruling Iraq’s second largest city have shrugged off previous restraint and embarked on a brutal campaign to purge Mosul of anything that challenges their radical interpretation of Islam.

The scene on Saturday was a startling show of bravery against a group that has shown little compunction against killing anyone who resists it. It reflects the horror among some residents over what has become of their beloved city.

“The bombing of shrines … has nothing to do with Islam,” Abu Abaida, 44, a government employee, told the AP by phone from the city. “They are erasing the culture and history of Mosul.” Like other residents, he spoke to the AP on condition he be identified by a nickname or first name for fear of retaliation.

When terrorists from the Islamic State group first swept into in Mosul in June, they proclaimed themselves the mainly Sunni city’s savior from the Shiite-led Iraqi government in Baghdad. Their first priority was to rebuild infrastructure and provide services like garbage collection that the government had neglected. They held off from implementing their strict version of Islamic law, urging modesty for women but doing little to enforce it and generally leaving alone the Christian population that had not already fled.

The aim, it seemed, was to avoid alienating a Sunni community whose support they needed.

Now, the honeymoon is over. They have purged the city of nearly its entire Christian population, moved to restrict women and began the systematic destruction of city landmarks.

“No place is safe,” said Dia, an engineering professor in Mosul. “If I say one wrong thing, I am dead.”

The group had already shown its true colors in Syria, where it holds a large swath of the east and north. There, its fighters have banned music, imposed full veils, imposed taxes on Christians and killed people in main squares for defying their Shariah rules. Earlier this month, for the first time, they stoned to death two women.

Iraq’s Mosul was once famed for its religious and ethnic diversity, and it is one of few cities in Iraq where a significant number of Christians remained after the U.S.-led invasion. It was a traditional stronghold both for Islamic conservatives and more secular pan-Arab nationalists.

Mosulis who cannot bear the terrorists’ rule have joined more than a million other Iraqis who have fled their homes in areas under the group’s control.

“The situation is becoming really miserable for us,” said Abdul-Rahman Odai, a 25-year-old from Mosul who fled to the Kurdish province of Dohuk with his family. He said terrorists have seized government buildings and the homes of local officials. “They will not stop until they take everything.”