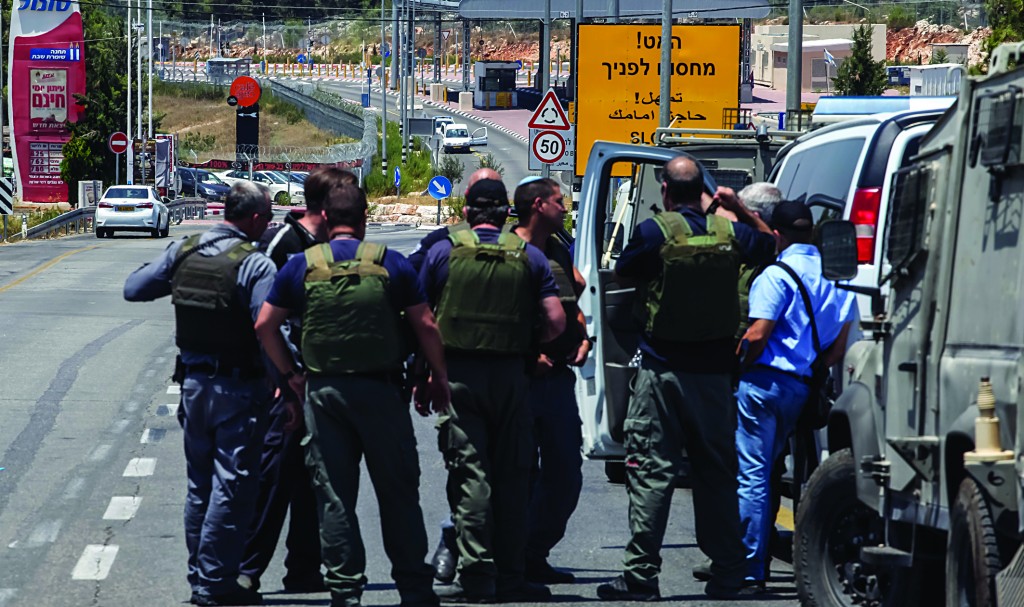 B’chasdei Shamayim, a potentially catastrophic terrorist attack was averted on Sunday morning when a border guard stopped a suspicious vehicle at a checkpoint near Beitar Illit.

The guard, Yeshoron Tzoran, approached a vehicle traveling in the direction of nearby Tzur Hadassah which had been flagged as suspicious. As Tzoran reached over to turn off the engine prior to conducting a search of the car after it was pulled over, the suspect started driving, taking the officer with him.

Another officer cocked his rifle at the driver, who then stopped, and was taken into custody.

A subsequent search revealed a large explosive device attached to 10 gas cylinders. The Palestinian was also found with a detonator in his pocket. During interrogation, he admitted that he was on his way to carry out a terrorist attack, though it was not known exactly where.

“I approached the vehicle — and when I pulled out my gun and looked, the contents were very suspicious; it looked like a car bomb,” Zoran told Arutz Sheva.

“I opened the door, pushed the driver out, and neutralized him,” he said. “Then my troops, and soldiers from the [Border Police] Taoz unit, joined us. [Together,] we neutralized the threat and closed the area [off].”

“The whole back was filled with gas balloons, and there were colored wires between them,” he recounted. “We saved many lives in Israel — it’s just our job — and I am sure that anyone else would have done the same.”

Two firefighter squads and a tanker were deployed to secure the checkpoint. Police notified drivers to avoid route 375, after it was closed off to traffic.