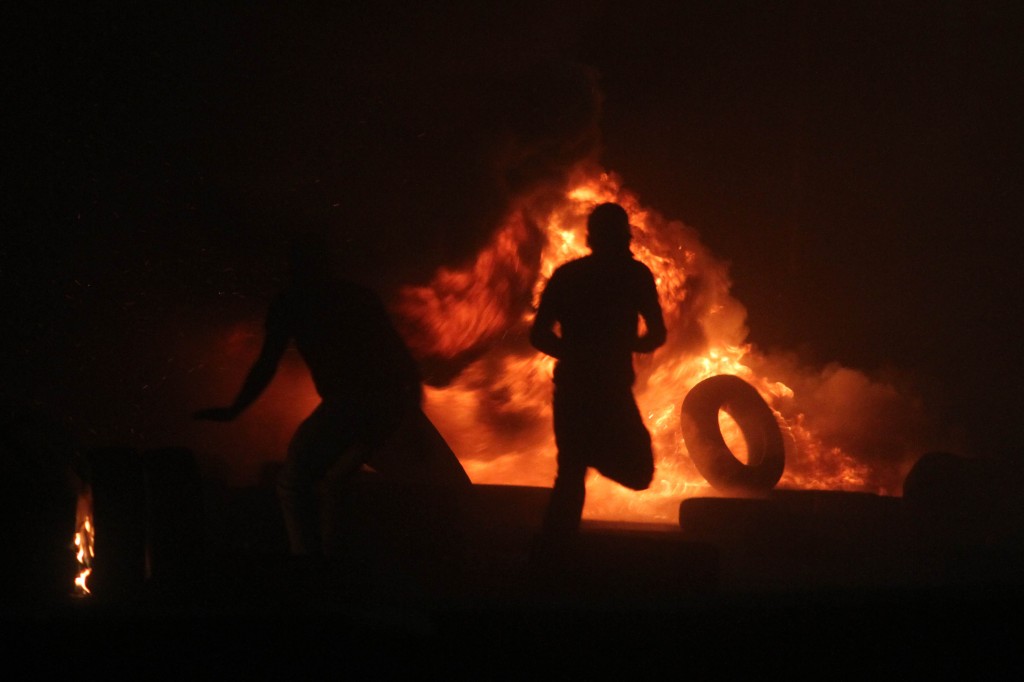 Har Habayis and Damascus Gate in the Old City of Yerushalayim were the scenes of major disorders last Thursday night, during which  some 40 Palestinians were arrested and 200 wounded, along with 29 Border Police lightly wounded.

A heavy police presence on Friday discouraged further rioting when thousands of Muslims gathered to ascend Har Habayis on the last Friday of Ramadan.

About 4,000 officers were deployed in and around the Old City, and an age limit was enforced, barring men under 50, the most likely to engage in violence, from entering the site.

Police spokesman Micky Rosenfeld said sporadic violence did break out following Friday prayers and that, if not for the preemptive security measures, much more serious rioting would have occurred, which could have spilled over into the Jewish neighborhoods of the capital.

“We were expecting heavy rioting Friday, but it turned out to be relatively quiet, with only minor disturbances in a couple of Arab neighborhoods, which police addressed immediately,” Rosenfeld said.

Also on Thursday night, thousands of Palestinians rioted in Qalandiya, between Yerushalayim and Ramallah. The rioters threw rocks and firebombs at IDF and Border Police and some opened live fire at the security forces, who responded with crowd dispersal gear.

Israel Radio said that there was also rioting around Shechem, Chevron, Beis Lechem and Tulkarem.

On Motzoei Shabbos, two young Palestinians in eastern Yerushalayim were hospitalized after being assaulted by a group of Jewish youths in the Neve Yaakov neighborhood, according to Israeli media reports.

Police suspect that the two Palestinians, Amir Shawiki and Ahmed Kasuani, residents of the Beit Hanina neighborhood, were set upon as they were heading home.

Investigators believe the attack was racially motivated and have launched a probe. No arrests have been made thus far.