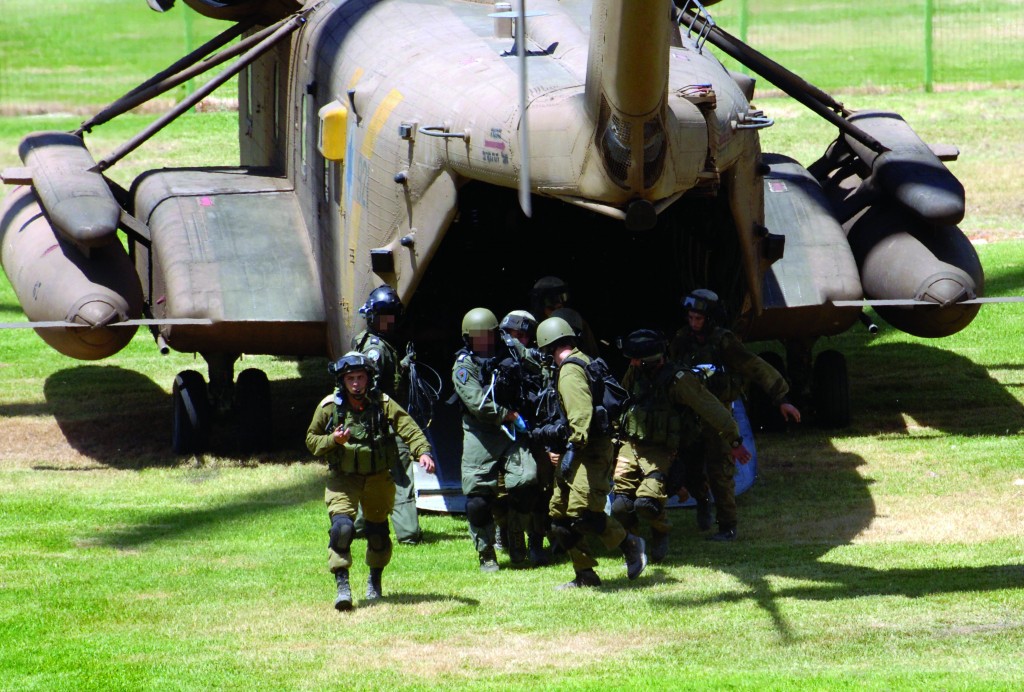 Operation Protective Edge may enter a three-day window of humanitarian ceasefire, or freeze of fire, if indeed Hamas will withstand its own request to stop all war activities for the next three days, which mark Id Al Fitr, the conclusion of Ramadan in the Muslim world.

Upon Hamas’ request, the U.N. representative in the Middle East asked Israel for a 72-hour pause in the fighting and strikes. The security cabinet, which convened last night in Tel Aviv, deliberated extensively whether to accept the proposal after in the past few days, Israel acceded to U.S. and Hamas requests — but  over and over again, the terrorists violated the understandings and renewed rocket fire to Israel, forcing the IDF to renew its strikes on Gaza neighborhoods.

This time, it is not an agreement, but rather a quiet understanding with Hamas, which asked for three days of quiet in the Gaza Strip. No conditions were appended to the request, as Hamas has done in the past. With that, Israel can continue its efforts to explode tunnels that have already been discovered and to search out new ones.

Until now, prior to each cease-fire agreement, Hamas presented a long list of conditions that had to be met if they would agree to calm. But yesterday, they gave up most of their demands. In the morning, they still demanded that Israel withdraw all its forces from the Strip once the ceasefire begins, and that, during the hiatus, the IDF would not be allowed to continue its tunnel work. Israel opposed these demands and, in the evening, the U.N. secretary General Ban Ki-moon, personally contacted Israel on behalf of the Palestinians with a ceasefire proposal.

But each time, the ceasefire collapsed because Hamas fired missiles into Israel. The IDF waited an hour or two, and, when it became clear that Hamas had no intentions of upholding the ceasefire, Israel resumed full air and ground strikes in the Strip.

Yesterday afternoon, another ceasefire proposal was presented by Robert Serry, the Middle East envoy of the United  Nations. After deliberating, Israel agreed to the request, but said that, if there will be a violation of the ceasefire, Israel would not only resume all military activity, it would ramp up its response.

Meanwhile, the ground efforts of Operation Protective Edge are continuing. At this point, it is still largely targeting tunnels in the Gaza Strip. To date, about half of the enemy’s tunnels have been destroyed. Since the beginning of the operation, 3,600 terror targets have been hit. Since the ground operation began, the IDF has killed hundreds of terrorists and discovered 33 tunnels. Of them, 19 were destroyed completely, four just yesterday.

Chief of General Staff Benny Gantz visited an armored division taking part in the operation. He addressed Hamas’ rocket fire capability: “The mission has not yet been completed. We need to utilize the time to refresh ourselves and service the vehicles and the people. To study the next mission and to understand what can develop from it.”

Gazans reported yesterday that some 70 terrorists had been killed in the last day, bringing the total number of casualties to 1,059. Israel believes that at least 420 of them were armed terrorists. There are some 7,000 wounded.

Yesterday, 12 terrorists were captured, and more than 50 people suspected of terror activity were detained for questioning by Israel.

Those in Gaza report that 1,097 houses have been destroyed, and some 18,000 more were damaged.

IDF Spokesman Motty Almoz said the army needed a few more days to complete the job. He says that the humanitarian ceasefire does not preclude Israel from continuing to neutralize tunnels. “The ceasefire is good for us and we are continuing to achieve the goals that we need to reach.