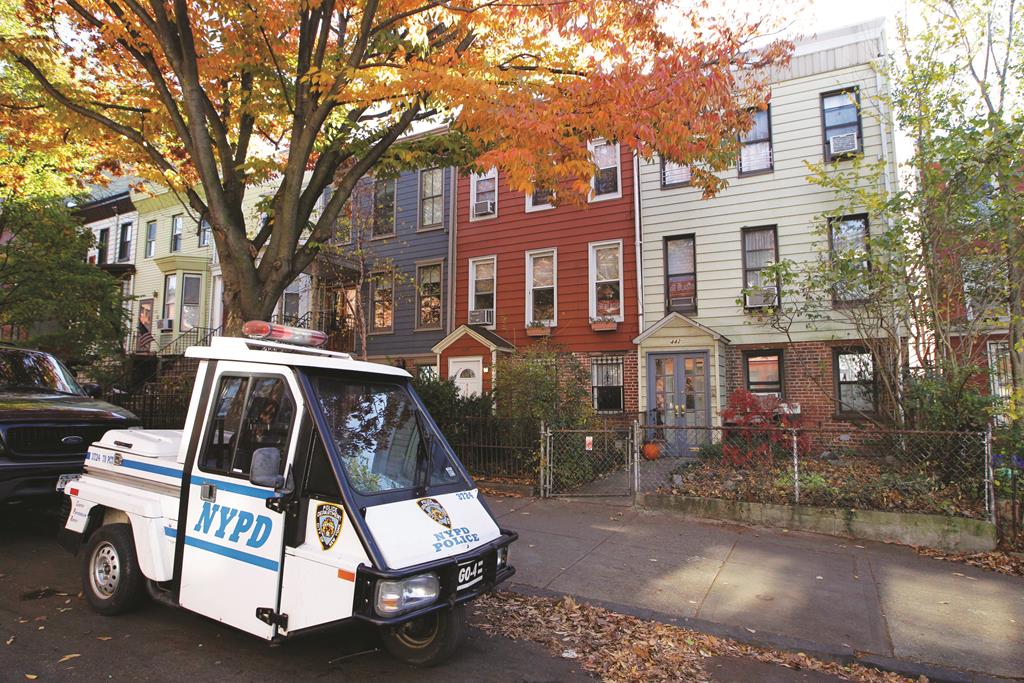 A historic New York City mansion is once again filled with the sounds of family activities.

Mayor Bill de Blasio, his wife and their two children woke up in their official Manhattan residence for the first time on Monday, a day after returning from their vacation in Italy.

“We spent our first night jet-lagged,” de Blasio joked during an unrelated City Hall press conference. “Coming home to it for the first time was pretty amazing.”

No one had lived at Gracie Mansion since Rudolph Giuliani left office in 2001. Mayor Michael Bloomberg remained in his Upper East Side town house during his 12-year administration, though he oversaw extensive renovations to the mansion.

De Blasio; his wife Chirlane McCray; their daughter, Chiara; and their son, Dante had long lived in Park Slope, a progressive neighborhood that helped shape the mayor-elect’s political identity. “Everyone knows my love for my neighborhood in Brooklyn, for my home in Brooklyn, so it was a little strange to come home to Gracie Mansion,” the mayor said.

They spent some time debating whether to make the switch. They began the moving process at the beginning of June.

De Blasio, a Democrat, said the family “continued the Italian tradition of dining al fresco” by sitting outside on the porch to eat a meal of grilled chicken and vegetables Sunday night.

He joked that the biggest improvement to his family’s everyday life would be due to the eight bathrooms at the graceful Federalist-style mansion. Their home in Brooklyn had just one, and it is on the third floor.

De Blasio said that the majority of the family’s possessions were moved into the home while the family was on its 10-day Italian vacation. He said he looked forward to finding a new favorite coffee shop and said he hoped to still be able to ride with his son to his Brooklyn high school.

He is considering renting out his Park Slope home while living in the mayoral manse.

The opulent mansion will be the site of many of the mayor’s meetings and social gatherings. The switch is a big change for de Blasio’s image. Using the campaign theme “a tale of two cities,” he ran as an outer borough candidate in touch with the concerns of working and middle-class voters who felt left behind by what they perceived were Bloomberg’s policies favoring Manhattan and the wealthy.

It was built in 1799 by merchant Archibald Gracie in a location that, at the time, was in the countryside more than 5 miles north of the fledgling city. It changed hands several times until it was seized by the city in 1896 after the owner failed to pay taxes.

In 1942, it was designated the official residence of the mayor, and Fiorello LaGuardia moved in. In 1966, the home nearly doubled in size during an expansion. It received a sweeping renovation over the last 12 years. Bloomberg, who dipped into his own fortune to pay for some of the renovations, opened it to the public for tours and events.

The four-bedroom home has 12 full-time employees, including kitchen and gardening staff. It sits on the site once occupied by a home that was destroyed by British cannonballs during the Revolutionary War. One of the 12.5-pound cannonballs was found a century later during construction work and was placed on a mantle to become part of the historical decor.