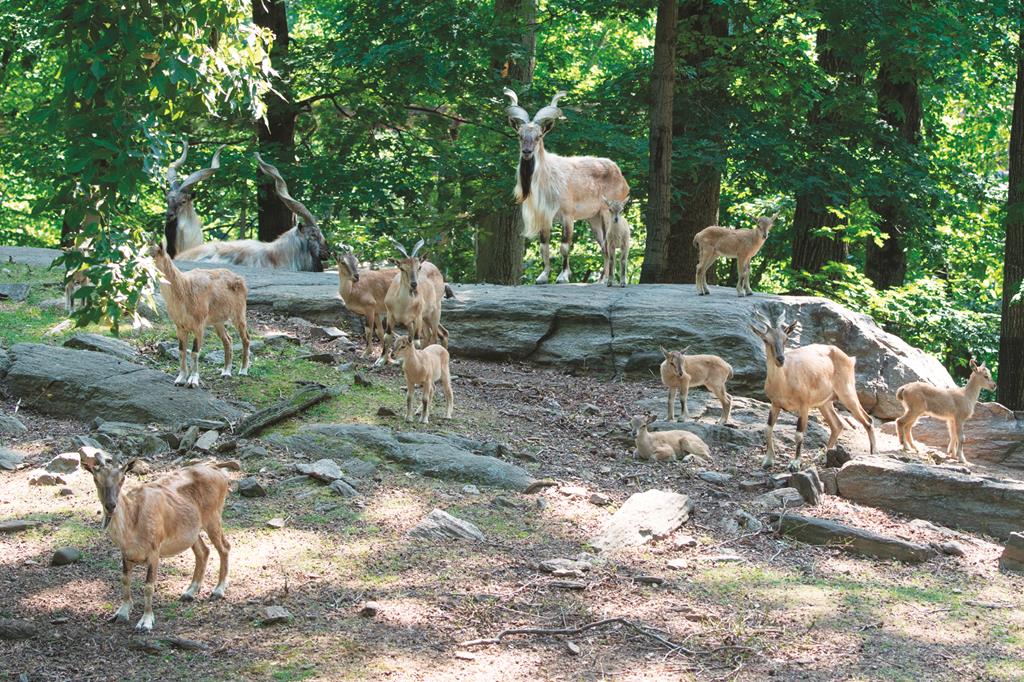 An endangered species of spiral-horned goats has been added to the Bronx Zoo’s Wild Asia habitats. The Turkmenian Markhor is found in the mountains of Afghanistan, India, Pakistan, Tajikistan and Uzbekistan.

The Bronx Zoo herd numbers three adult males, several females and their offspring. The International Union for Conservation of Nature classifies markhor as endangered since fewer than 2,500 are found in the wild. Their thick fur and horns make them a target for trophy hunters and poachers.

They scale steep rocky terrain to escape predators such as snow leopards and wolves.

The markhor herd joins a herd of Himalayan tahr at the zoo. That’s another species of Asiatic mount goat found in parts of China, Tibet, Nepal and northern India.

The markhor went on public display this month.