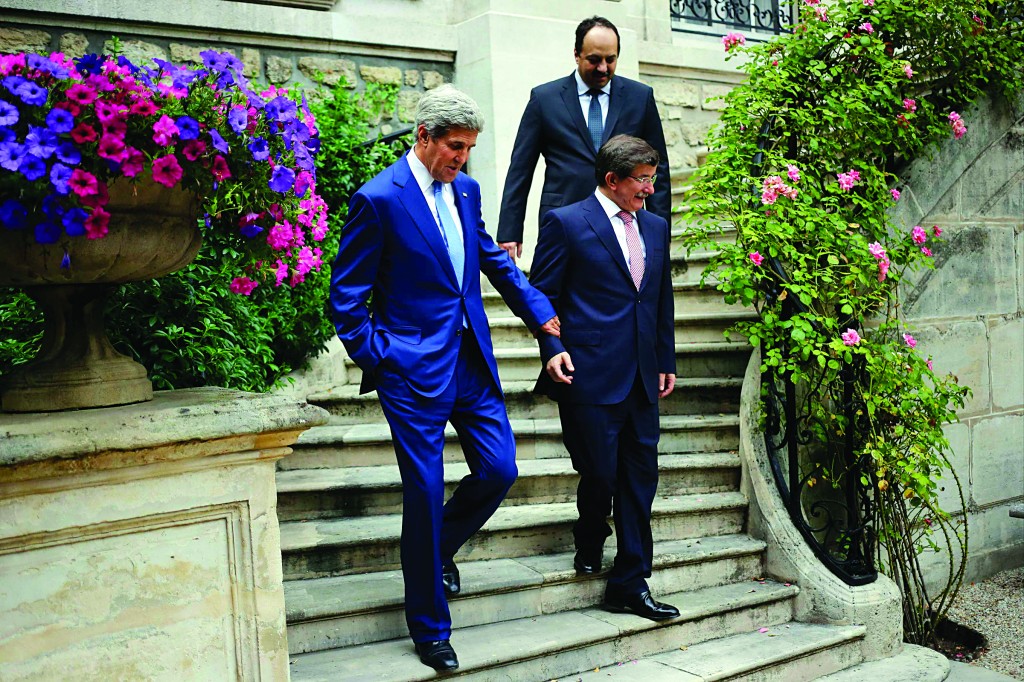 U.S. Secretary of State John Kerry’s latest attempt at peacekeeping in the Mideast did not find favor in the eyes of the principals, as Israel, Hamas and the Palestinian Authority all rejected it on Friday.

Late Friday afternoon, the security cabinet unanimously turned down the Kerry proposal, on the grounds that it contained no provisions for disarming Hamas or dismantling the rocket infrastructure, while giving Hamas significant easements of the blockade around the coastal enclave.

Justice Minister Tzipi Livni told Kerry on Friday that his proposal for a week-long cease-fire was “completely unacceptable” and that it “would have strengthened extremists in the region.”

According to Haaretz, senior Israeli officials were furious about Kerry’s proposal, describing it as a “prize for terror,” the result of the U.S. secretary of state completely adopting the positions presented of the Turkish and Qatari foreign ministers on behalf of Hamas.

Over the weekend, Kerry flew to Paris to continue ceasefire talks with his Qatari and Turkish counterparts, as well as with the German, French, British and Italian foreign ministers.

The tunnels, Kerry said after the Paris meetings, “have to be dealt with. We understand that; we’re working at that. By the same token, the Palestinians can’t have a cease-fire in which they think the status quo is going to stay and they’re not going to have the ability to be able to begin to live and breathe more freely and move within the crossings and begin to have goods and services that come in from outside.”

Palestinian officials in Ramallah on Sunday lashed out at Kerry, accusing him of trying to “appease” Qatar and Turkey at the expense of Egypt and the Palestinian Authority.

They also complained that Kerry did not invite representatives of Egypt and the Palestinian Authority to the meetings in Paris.

Protesting against the participation of Qatar and Turkey in the Paris parley, senior Palestinian officials warned against attempts to “bypass the PLO as the sole and legitimate representative of the Palestinian people.”

Later on Sunday, in a follow-up to Kerry’s efforts, President Obama and Prime Minister Netanyahu spoke again by phone about the situation in Gaza. Obama called for an immediate, unconditional humanitarian ceasefire that leads to a permanent cessation of hostilities based on the November 2012 ceasefire agreement.

Obama underscored the United States’ strong condemnation of Hamas’ rocket and tunnel attacks against Israel and reaffirmed Israel’s right to defend itself.  The President also reiterated the United States’ serious and growing concern about the rising number of Palestinian civilian deaths and the loss of Israeli lives, as well as the worsening humanitarian situation in Gaza.