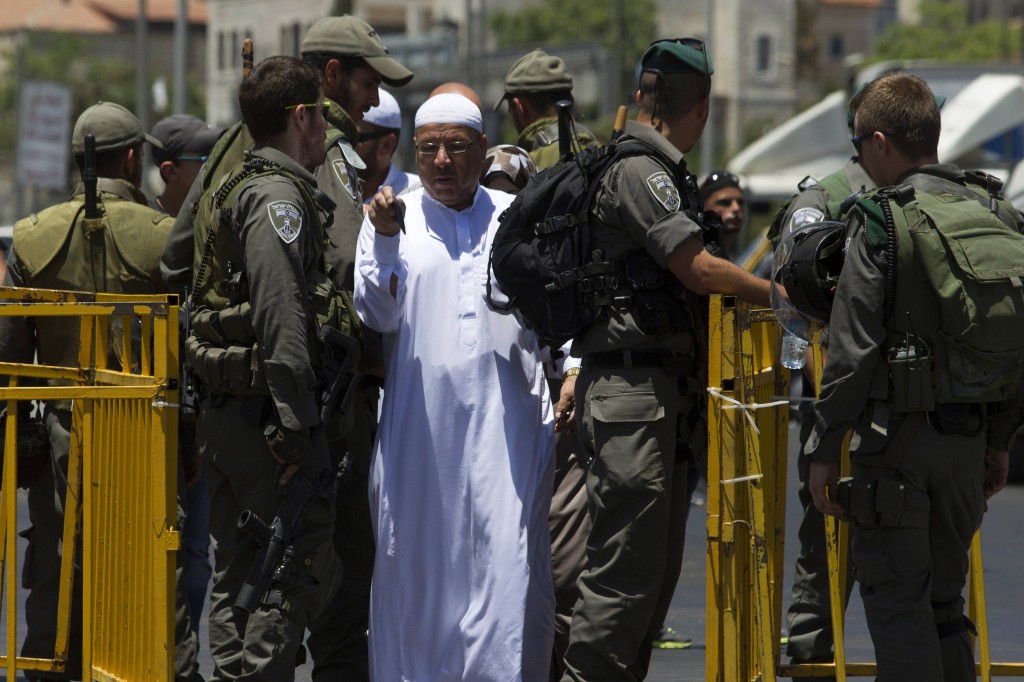 Bechasdei Shamayim, Israeli Border Police intercepted a Palestinian car bomber at the Beitar Illit checkpoint Sunday, on his way to what might have been a mega attack.

According to police, the driver was wearing a wig and was “behaving in a suspicious manner.”

A large explosive device was found attached to the gas cylinders of the suspect’s car.

Early on Sunday, an IDF soldier was killed by a mortar shell near the Gaza border. The latest incident raises the IDF death toll to 43, Hy”d.

In related news, Hamas has agreed to a 24-hour humanitarian truce, the group’s spokesman said on Sunday.

“In response to U.N. intervention and considering the situation of our people, it has been agreed among resistance factions to endorse a 24-hour humanitarian calm, starting from 2 p.m. on Sunday,” Sami Abu Zuhri told Reuters.

Israel was observing a humanitarian cease-fire requested by the U.N. for a full 24 hours – scheduled to last until midnight Sunday – until a barrage of rocket fire from Gaza Sunday morning led the Cabinet to order the IDF to resume strikes against Hamas targets in Gaza.

Israel’s cabinet was scheduled to convene to vote on its response to this most recent Hamas statement.