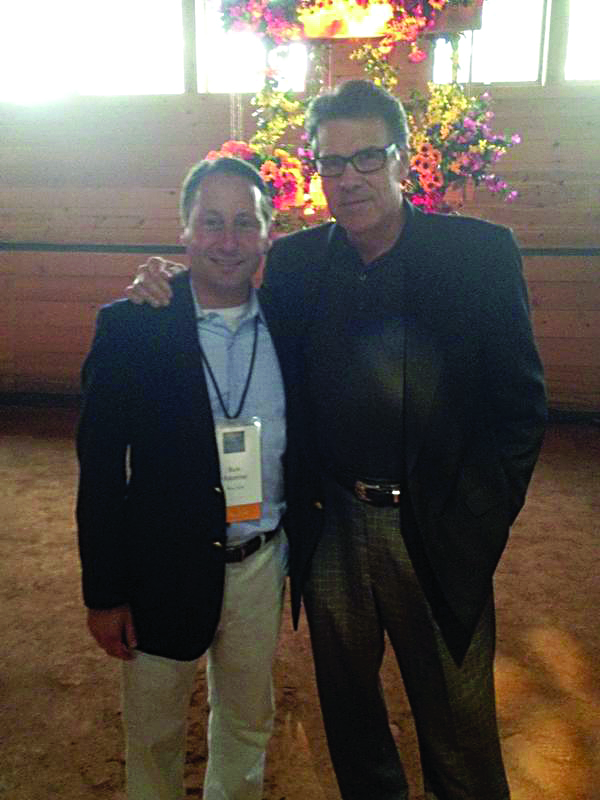 Several Republican governors eyeing runs for the White House in 2016 are rallying behind the New York gubernatorial candidate spurned by New Jersey Gov. Chris Christie in an early sign of pre-primary jockeying.

Christie, who chairs the Republican Governors Association, raised eyebrows when he said last week he had no plans to campaign for GOP candidate Rob Astorino, who is running an uphill challenge against Democratic incumbent Gov. Andrew Cuomo. Christie said he doesn’t “invest in lost causes.”

But Astorino, who was in Aspen, Colo., for the RGA’s summer meeting, surrounded himself with other high-profile supporters. On Thursday, he proudly announced that Texas Gov. Rick Perry, Bobby Jindal from Louisiana, Indiana Gov. Mike Pence and South Carolina’s Nikki Haley have pledged to help him, even if the RGA won’t.

Perry even tweeted a photo of himself with his arm over Astorino’s shoulder. “Glad to be with my buddy Rob Astorino in Aspen,” the accompanying message said.

“The Aspen trip made it clear that governors from around the nation will be helping County Executive Astorino become Governor Astorino. It also made it clear that RGA Chairman Chris Christie will not be among them. We can live with that and we will move on,” Astorino spokeswoman Jessica Proud said.

A spokeswoman for Astorino said he had been asked not to attend the annual RGA summer meeting, but decided to anyway.

“We kind of agreed to disagree on this one. And we move on,” he said of the conversation, adding that Christie’s remarks were “probably not beneficial” to either Christie or the RGA, whose mission is to elect and re-elect Republican governors.