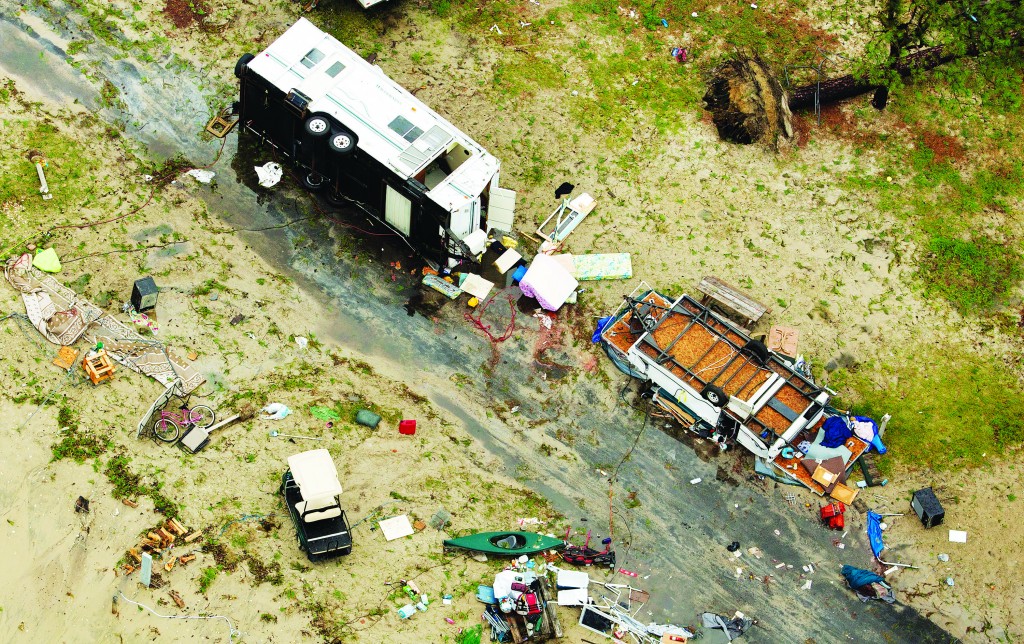 The sky turned black and cellphones pinged with emergency messages. Moments later, a tornado ripped through a sprawling, carnival-like campground Thursday, snapping dozens of trees and flipping over RVs.

A tree fell on a New Jersey couple’s tent, killing them, and their 13-year-old son in a tent next to them suffered life-threatening injuries. About three dozen other people were hurt, with injuries ranging from cuts to broken bones to more serious, Virginia State Police spokeswoman Corinne Geller said.

About 1,300 people were at the campground, readying for a summer day of activities at the 300-acre resort in rural Northampton County. The National Weather Service had issued a tornado warning for the area about 9 a.m. EDT Thursday and later confirmed a twister had hit.

Across the country in Spokane, Washington, severe thunderstorms knocked out power to more than 60,000 customers and damaged dozens of homes Wednesday. One driver suffered life-threatening injuries when a tree slammed onto his car, impaling him. Severe thunderstorms were forecast for the northern Plains on Thursday and could threaten the Deep South and mid-Atlantic.