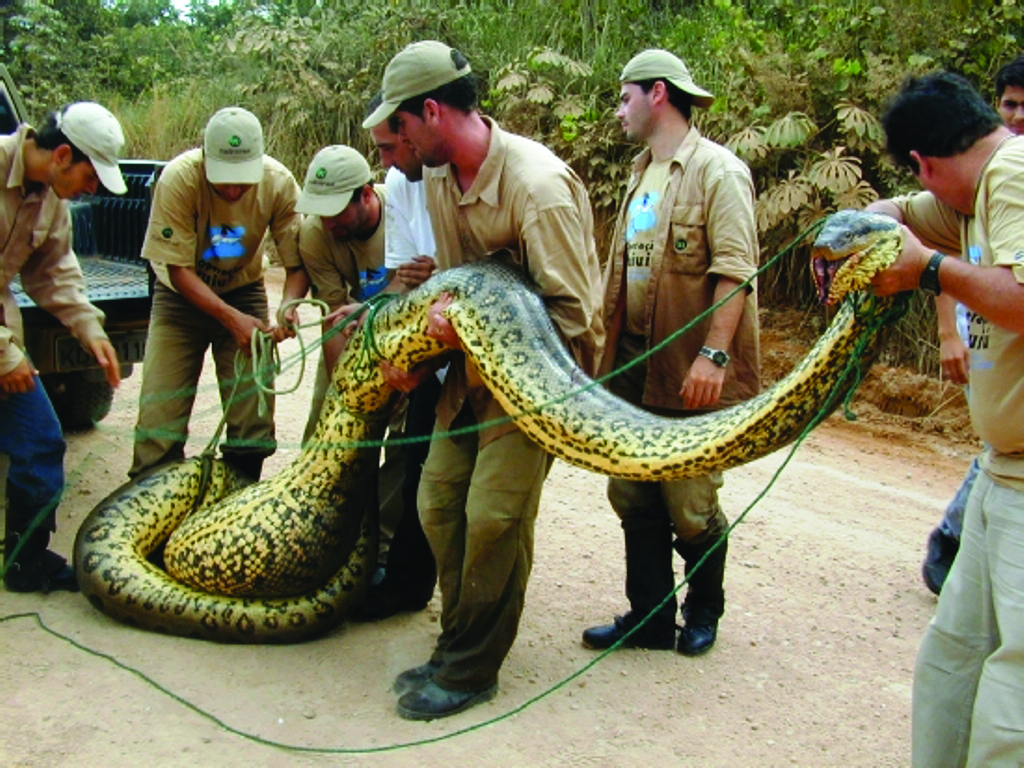 The state has stopped looking for the reptile after scientists failed to find any evidence of it in Lake Hopatcong and traps baited with chicken were left untouched.

Three unconfirmed sightings this month of a snake, perhaps an anaconda as long as 16 feet, raised concerns among visitors and swimmers. The state investigated, but found no evidence that an exotic snake was in the area.

“There were no signs of droppings or skin,” Department of Environmental Protection spokesman Larry Ragonese said.

Animal rights activist Gerald Andrejcak said he had spotted the head and part of a body of what he estimated as a 16-foot-long anaconda. He said he cornered it last week before it escaped by slithering between his legs.

“You can’t miss an anaconda head. If you’ve ever dealt with any kind of snakes, any type of anaconda, you can never forget that head,” Andrejcak said. “I know the color and the patterns and everything else. Right off the bat, I knew exactly what it was right when I saw it.”

The 4-square-mile lake is home to black snakes and water snakes that can grow up to 10 feet long. Ragonese said officials would resume the search if a photo or video shows up.