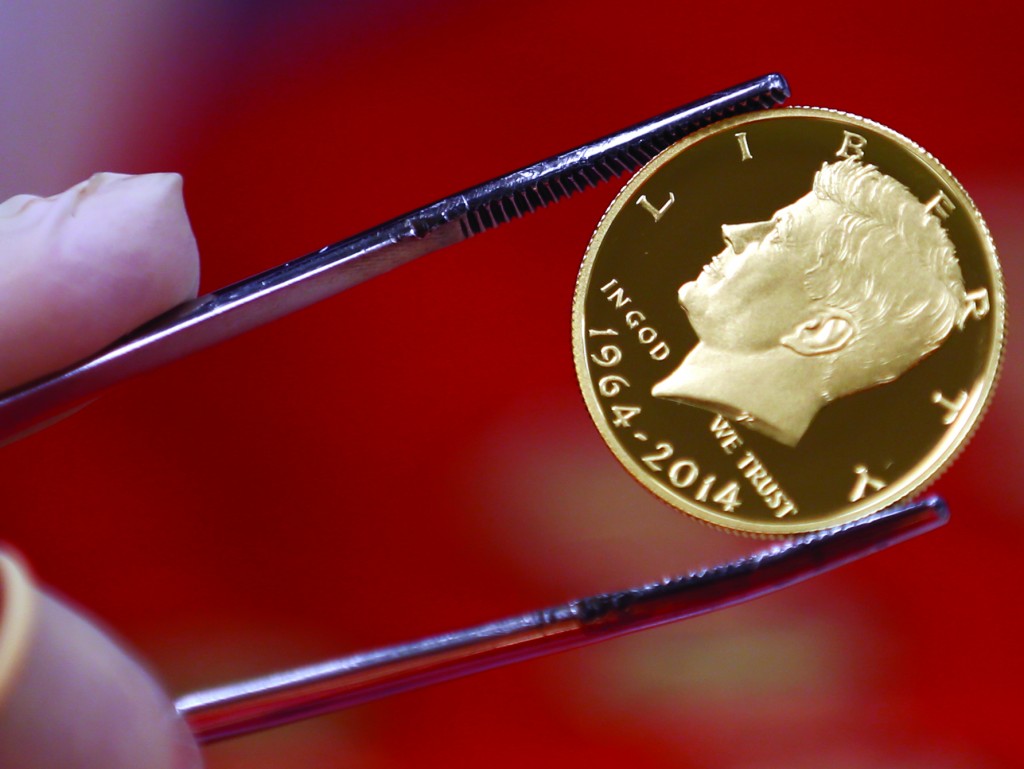 President John F. Kennedy is getting his old look back on new collectors’ coins.

The slain president’s profile replaced Benjamin Franklin’s on the half dollar 50 years ago, and the image was subtly tweaked and sharpened in the 1990s. Now the U.S. Mint is producing collectors’ coins that restore the original 1964 design, which incorporated suggestions from a grieving Jacqueline Kennedy.

Gold coins being stamped at the mint’s West Point plant this week portray JFK’s famously tousled head of hair a bit fluffier, his part is less severe and his cheeks less chiseled than on the half dollar discontinued in 2001.

The evolution of JFK’s profile in coinage was noticed last year by San Francisco mint employee Michael Levin, who convinced higher-ups that the original design was fuller and more lifelike. That led to the old profile making a comeback on three products from the mint this year. The coin’s “tail” side, a presidential coat of arms, is unchanged.

The gold proof coins being made at West Point with three-quarter ounces of 24-karat gold will begin going on sale Aug. 5 at the World’s Fair of Money in Rosemont, Ill. That coin will be dated 1964-2014 and its price will be around $1,300, depending on the market price of gold.