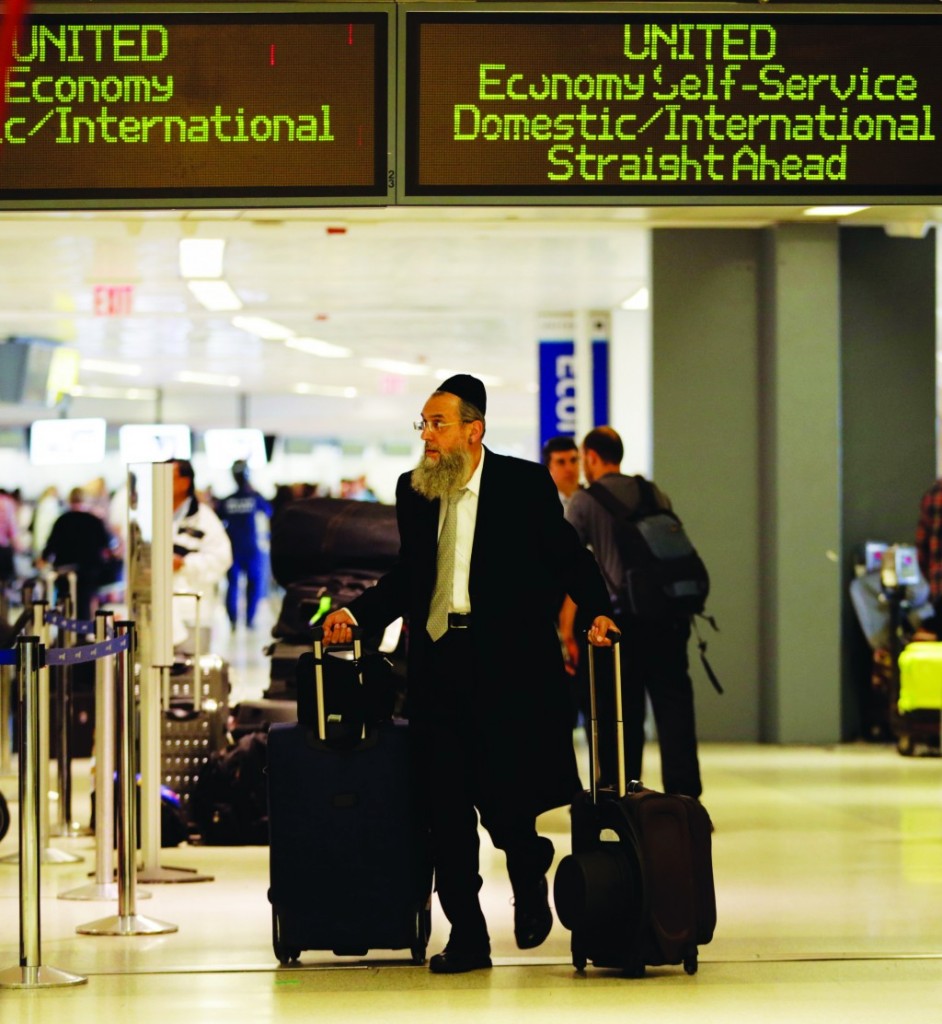 The FAA’s 36-hour ban on flights to Eretz Yisrael left no shortage of expense and inconvenience for travelers left in its wake.

“El Al blocked their inventory from Tel-Aviv to New York, and put everybody on a wait list,” said a representative of a Boro Park travel agency who asked that neither she nor her employer be named. “It was close to impossible to get tickets out of Eretz Yisrael if you were not willing to pay full price, around $3,000. They took advantage of the situation.”

With few carriers flying and El Al limiting its availability, countless people were forced to remain at their destinations longer than planned, necessitating extra hotel and travel costs, not to mention rebooked flights.

Airlines did offer cancellations and postponements at no cost, but that was only of help to those who had not yet departed.

When asked about what expenses airlines covered, Tzippora Gestetner of Monsey’s Main Street Travel said, “Technically, the airlines did not allow rebooking on El Al, but a lot of people were rebooked at no additional cost.”

United Airlines announced that they would cover hotel, meal and transportation costs for “Tel-Aviv customers affected by cancellations.”

The original FAA ban was enacted around noon on Tuesday, effective for 24 hours, pending circumstances. In light of this, United Airlines began selling seats for Wednesday night. However, the extension of the ban for an additional 12 hours rendered those tickets unusable. Due to the unique circumstances, Gestetner said that United fully covered transfer costs to El Al for tickets sold during this time period.

Arthur Rosenberg, an expert in aviation law, spoke to Hamodia about the extent to which airlines are liable to their customers under such circumstances. “The international agreement which binds the airline to deliver the passenger in a timely manner is subject to governmental control. Here, it is an act-of-war exception. The government deemed it unsafe for airlines to operate. In that respect they are off the hook.”

“However,” added Rosenberg, “they cannot leave the passenger stranded. They are on the hook to provide for hotels, food and other reasonable accommodations.”

While a government ban seems to clearly exempt airlines, companies such as Delta, who rerouted a Tel Aviv-bound flight in mid-air to Paris hours before the FAA ruling, and others who delayed flying after the order was lifted, present a more interesting problem.

“The FAA sets minimum levels of safety, but airlines are free to adopt more stringent standards based on their judgment,” said Rosenberg. “They were still flying into a war zone. I do not think that anyone would hold them responsible for canceling service.”

“War trumps everything, Rosenberg added. “All bets are off. The ultimate responsibility is the safety of the people.”

Rosenberg posed the question of whether Malaysian Airlines, whose flight over Ukraine was technically legal, could be held culpable for the tragedy that occurred. His answer was affirmative. “Other planes had been shot down. Even though it was legal, it was negligent. In a court of law, yes, they will be responsible.”

Rosenberg clearly differentiated between level of risk from the rockets used by Hamas and the radar-guided missiles used by pro-Russian separatist forces. He went as far as to say that he personally felt landing in Ben Gurion was safe. However, he felt that the risks would exempt them from legal responsibility to passengers.