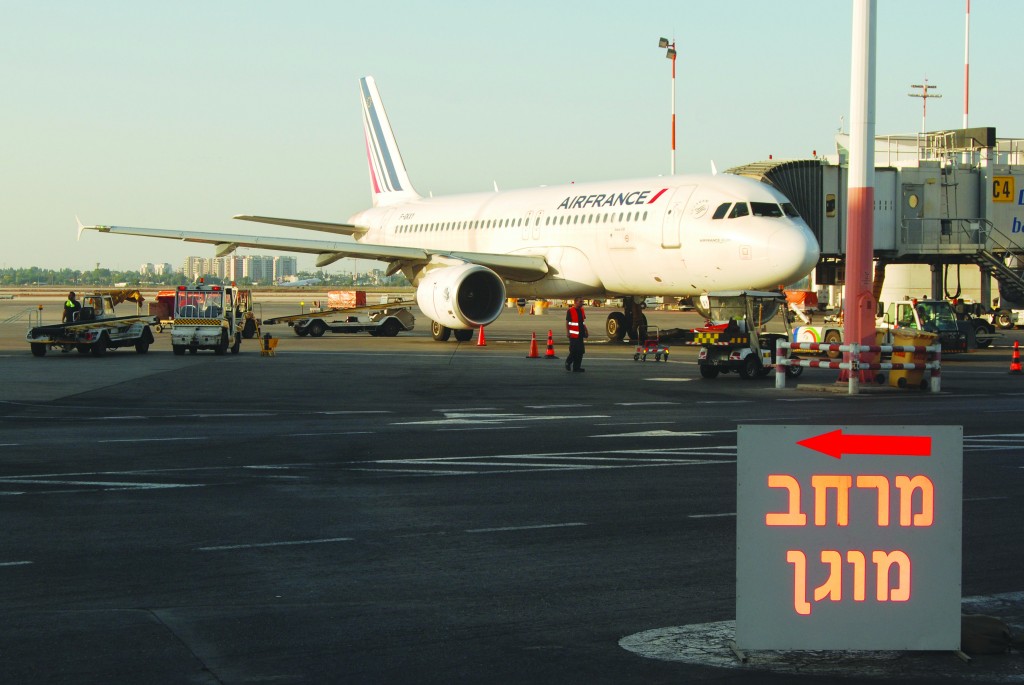 The U.S. Federal Aviation Authority lifted on Thursday its ban on commercial flights to Israel, and the European Aviation Safety Agency followed suit, ending a controversial move which the agencies said they implemented for security reasons.

Aviation authorities gave no explanation, however, of what had changed in the security situation at Ben Gurion Airport in Tel Aviv that persuaded them to allow flights to resume. Air raid sirens sounded again in southern and central Israel on Thursday, including the Tel Aviv area.

“The FAA’s primary mission and interest are the protection of people traveling on U.S. airlines. The agency will continue to closely monitor the very fluid situation around Ben Gurion airport and will take additional actions, as necessary,” it said in a statement.

During the 36-hour ban, Israeli officials strenuously objected, insisting that planes flying over Israel were in no danger. Some 22 foreign carriers in addition to the Israeli companies continued service throughout.

Former New York City Mayor Michael Bloomberg made a high-profile trip to Israel on  an El Al jetliner, where he had a short meeting with Prime Minister Binyamin Netanyahu and told reporters that he wanted to show there was no justification for the FAA ban.

“I flew here to show solidarity with the Israeli people, who have come under attack from Hamas, and to show that it’s safe to fly in and out of Israel,” Bloomberg said, citing Israel’s support of New York City after the 9/11 terror attacks. “They know what it’s like to be attacked by terrorists, and they know that one of the best things you can do to defeat the terrorists is to refuse to stop living your life. “

“We believe this is a very important decision and deprives Hamas of a perceived victory in its war against the State and people of Israel. Few people realize the economic damage to Israel caused by the ongoing rocket attacks and Israel’s efforts to stop them and protect their citizens. The tourism industry has been badly hurt, many businesses are being impacted, as well as widespread disruption of daily life which take a heavy toll. Enabling those who wish to travel to Israel to do so is reassuring to the people of Israel that they are not alone in their battle for their safety and security.”

On Wednesday, the Conference had criticized the FAA for its “excessive measure that will only encourage Hamas to sustain the barrage of rockets and, specifically, to try to target the area of the airport.”

In Israel on Thursday the aftermath of the ban was somewhat chaotic.

Although most airlines shunned the Transportation Ministry’s offer of Ovda airport near Eilat as a safe substitute for Ben Gurion, a number of Italian airline flights did agree to land there, though they may be regretting it.

The terminal was too small to handle hundreds of passengers at once, and some were forced to endure hours-long waits on board aircraft, Globes reported.

“I have been on the plane for five hours, and there are five more airplanes in front that need to disembark,” complained one passenger who was stuck at Ovda.

“We left Nahariya at 9:30 p.m. and arrived at Ben Gurion Airport at around 11:30 p.m. We stood in a crazy line for nearly an hour just to sign up. Afterwards, we got on buses to Ovda Airport, and arrived at around 4:30 a.m.,” said another passenger, Orit, from Nahariya. “Our kids didn’t sleep, we were on top of each other with our suitcases — there was no room to move. Everyone started yelling at the airport manager, and he said: ‘What am I supposed to do, I am not Ben Gurion, I am just a little airport, trying to do a favor.’”

Orit described the acute shortage of ground crew: “One clerk is taking care of hundreds of people. We are waiting and waiting and no one can tell us when we will fly, and the planes here are waiting — they are not boarding us.”

Meanwhile, passengers who intended to continue to make their way to Israel after having been stranded overseas said that they were forced to turn around again because flights that were rescheduled had again been canceled, Globes said.

As the manager of a large travel agency put it to Haaretz, “The whole industry is on the verge of a nervous breakdown.”

In Israel, the state comptroller Joseph Shapiro stated that he would look into allegations that El Al took advantage of travelers desperate to get home to charge exorbitant prices.

Although the comptroller has no jurisdiction over a private company such as El Al, he will focus on the question of whether government regulators should have intervened to prevent price gouging.

If proved true, the allegations could cancel out whatever goodwill El Al stood to gain from its decision to patriotically carry on operations while U.S. and European companies were staying away.

Globes reported that there were numerous customer complaints.

One of them came from Eshel Shiloni, who tried to “rescue” his father, Amnon Shiloni, stranded at Vienna airport after Austrian Airlines grounded its planes.

“I called the El Al sales center to buy my father a ticket. They said that there were no available seats left on the flights from Vienna to Israel, but because my father is a member of the Matmid frequent fliers’ club, they would check and get back to me.

“After some time, the representative got back to me with a price of $1,100 for a one-way ticket. I was shocked by the amount. That is more than double the price of a round-trip ticket under normal circumstances. Of course, I refused this highway robbery. I think that for a company that carries the Israeli flag on its airplanes, this is nothing short of a disgrace.” In the end, Shiloni booked a seat on a Romanian airline, via Bucharest, with the help of Austrian Airlines.

The indignation of some politicians is also flying high. Meretz Chair Zehava Galon sent a letter to Minister of Transport Yisrael Katz, saying, “Following the foreign carriers’ announcements of their cancellation of flights to Israel, it appears that El Al is inflating prices, and is taking advantage of the security situation to reap a profit. During this aviation crisis, under the cover of rescuing passengers stranded with no transportation options in Turkey, El Al did not forget to charge inflated prices for tickets.” She went on to say, “I wonder whether a company that claims to be the national airline has a right to be so greedy.”

El Al denies any wrongdoing, but it will take more than a press release to convince the public of that.