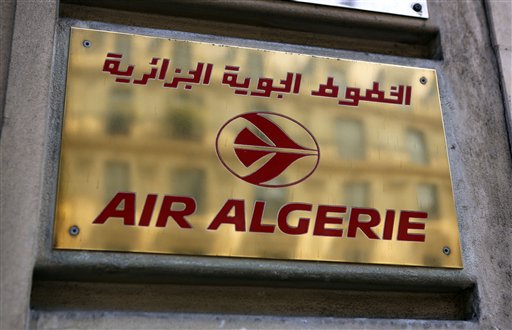 “I can confirm that it has crashed,” the official said, declining to give details of where the plane was or what caused the accident.

Authorities lost contact with an Air Algerie flight en route from Ouagadougou in Burkina Faso to Algiers with 110 passengers and six crew on board, Algeria’s APS state news agency and a Spanish airline company said on Thursday.

APS said authorities lost contact with flight AH 5017 an hour after it took off from Burkina Faso, although other officials gave other timings

A diplomat in the Malian capital Bamako said that the north of the country – which lies on the plane’s likely flight path – was struck by a powerful sandstorm overnight.

This latest aviation accident is sure to add to the jitters in the airline industry after a Malaysia Airlines plane was downed over Ukraine last week, a TransAsia Airways crashed off Taiwan during a thunderstorm on Wednesday and airlines canceled flights into Israel due to the Gaza rocket fired towards the airport region.