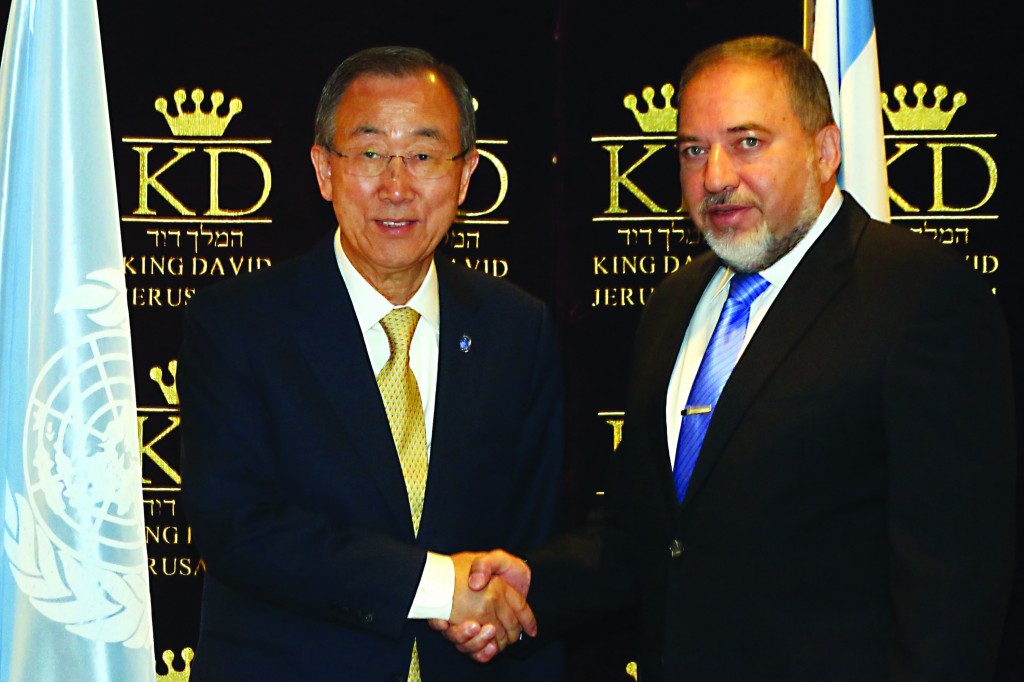 Foreign Minister Avigdor Lieberman confronted U.N. Secretary-General Ban Ki-moon on Wednesday with allegations that not only were rockets found in UNRWA schools in Gaza, but also that the U.N. agency then turned them over to Hamas, rather than to Israel.

UNRWA officials have admitted to two separate incidents recently during Operation Protective Edge in which rockets were found in their facilities.

Lieberman said Israel was very “troubled” by these developments: “UNRWA schools were established to educate children in Gaza, but instead they are providing a hiding place for rockets meant to kill children in Israel.”

Liberman decried the ongoing hypocrisy at the U.N. vis-à-vis Israel, pointing out that while some in the international community have been critical of Israel’s so-called “disproportionate” response to Gaza rocket fire on its citizens, there was not a single condemnation of the killing of 3,000 Palestinians in the Yarmouk refugee camp in Syria.