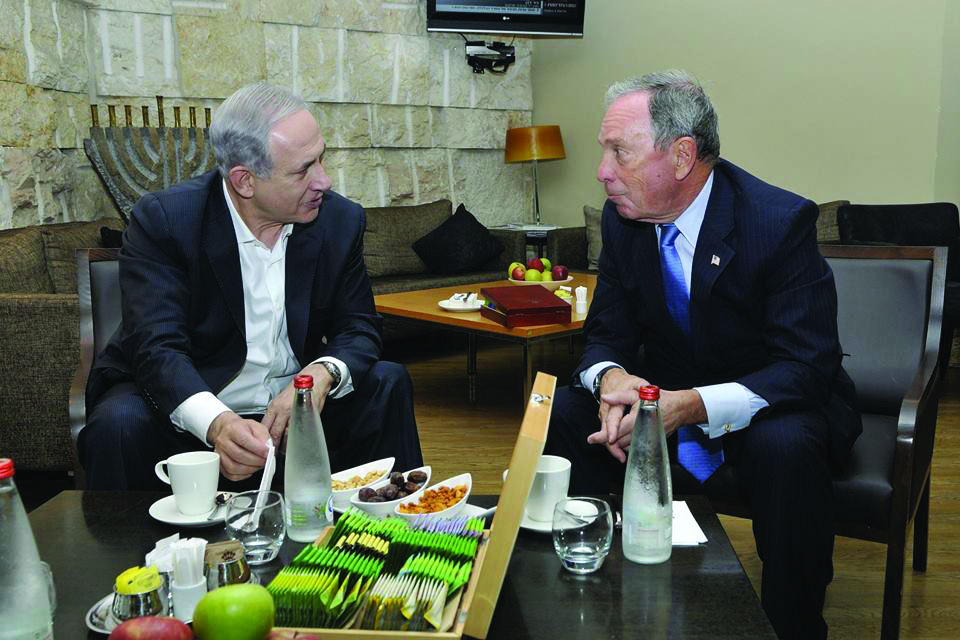 Ditching his own fleet of private planes, Bloomberg arrived at Ben-Gurion International Airport on an El Al flight, where he was met by Prime Minister Binyamin Netanyahu.

“Halting flights here — when the airport is safe — hurts Israel and rewards Hamas for attacking Israel. Hamas wants to shut down the airport. We can’t let that happen,” Bloomberg said after arriving. He said the U.S. decision was “an overreaction.”

During his brief visit, Bloomberg will meet with American volunteers stranded in Israel and visit the grieving family of Max Steinberg, Hy”d, a 24-year-old American from southern California who was serving in the Israeli military when he was killed in battle this week.

Bloomberg planned to return to the United States on Wednesday night.