Business ANALYSIS: US Consumer Prices Up 0.3 Percent in June
Business 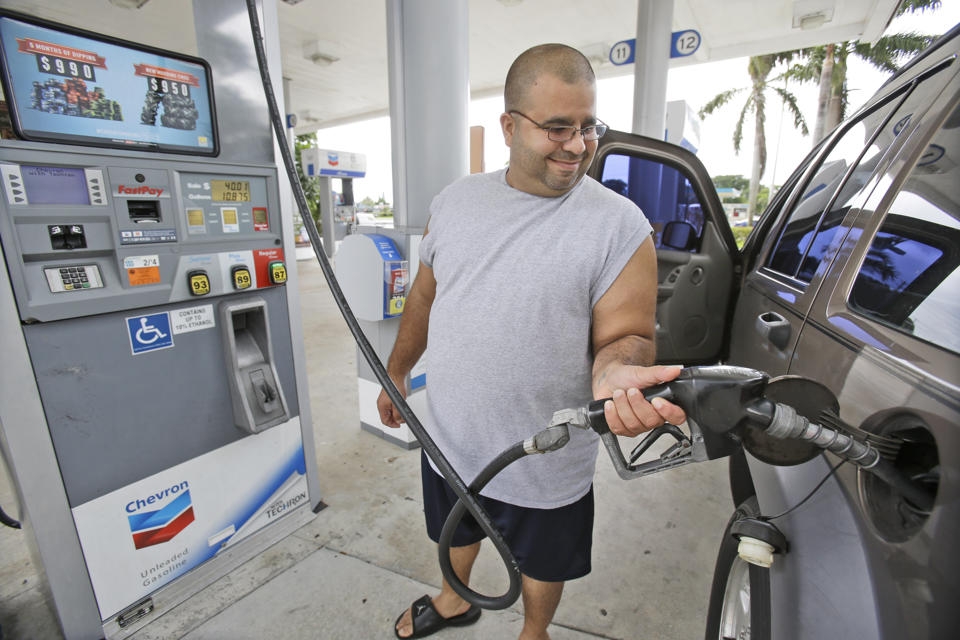 U.S. consumer prices rose in June at a slightly slower pace than in May, with two-thirds of the June advance driven by the largest jump in gasoline prices in a year.

Prices rose 0.3 percent in June following a 0.4 percent rise in May, the Labor Department reported Tuesday. The May increase had been the biggest one-month gain in more than a year.

Energy prices were up 1.6 percent, nearly double the May gain, reflecting a sharp 3.3 percent rise in gasoline costs. But food costs edged up just 0.1 percent, the smallest gain since January.

Core prices, which exclude volatile food and energy, were up just 0.1 percent. Over the past 12 months, core prices are up 1.9 percent, an indication of moderate inflation.

Overall prices have risen 2.1 percent in the past 12 months. While the 12-month price gains are up from extremely low readings earlier this year, the figures are close to the 2 percent annual price gains that the Federal Reserve seeks to achieve.

The 3.3 percent jump in gasoline costs was not expected to be repeated in July, given that pump prices have been falling in recent weeks. AAA says the nationwide average for a gallon of gas stood at $3.57 on Monday, down from $3.68 a month ago and an indication that energy prices may be easing slightly.

“World oil prices were relatively elevated in June, since there were significant fears that the turmoil in Northern Iraq would spread to the southern parts of that country,” said Chris G. Christopher Jr., director of consumer electronics at IHS Global Insight. He predicted energy prices will moderate in coming months.

Food costs have been rising sharply this year, reflecting a variety of factors ranging from cold weather hurting winter crops in such states as Florida to a severe drought in California.

Airplane-ticket prices surged by 5.8 percent in May, the largest amount in 15 years, but ticket prices moderated to a smaller 0.4 percent rise in June.

Economists expect energy-price gains will slow in coming months, although tensions in the Middle East and Ukraine could derail those hopes if they trigger a surge in global oil prices.

Food costs have been driven higher this year by a variety of factors, including a harsh winter and a drought in California, but economists say the June moderation could be the beginning of slower food increases.

The Federal Reserve is expected to keep interest rates exceptionally low as long as inflation does not show signs of moving beyond its targeted rate. The forecast of many analysts is that the Fed will keep a key short-term interest rate at a record low near zero over the next year, with the first rate increase not occurring until the summer of 2015.

But analysts stress that this outlook depends heavily on prices remaining in check. Should there be signs that inflation is starting to accelerate, the central bank could begin raising interest rates sooner, possibly in the spring of next year.

The Fed holds its two-day meeting next week, starting Tuesday. In delivering the central bank’s twice-a-year report to Congress last week, Fed Chair Janet Yellen sent a strong signal that the central bank still believed the economy needed help, despite recent solid job gains which have pushed the unemployment rate down to 6.1 percent, the lowest level in nearly six years.

Yellen acknowledged the improvement in the labor market, but also noted that unemployment remains above the 5.2 percent to 5.5 percent range that Fed officials view as optimal. She said that while inflation had risen slightly, the increase was not occurring at a pace that the central bank viewed as a threat.

The Fed seeks to achieve maximum employment with inflation rising at a modest pace of around 2 percent a year.

Low inflation, the result of a deep recession that has kept the lid on labor costs, has allowed the Fed to keep interest rates at exceptionally low levels. The benchmark interest rate has been near zero since December 2008.

The harsh winter pushed the overall economy into reverse in the first three months of the year, with growth falling at an annual rate of 2.9 percent. But analysts say a solid rebound in the spring pushed growth up to between 2.5 percent and 3 percent, and they see improvements in the labor market contributing to stronger consumer spending and even stronger growth in the second half of this year.