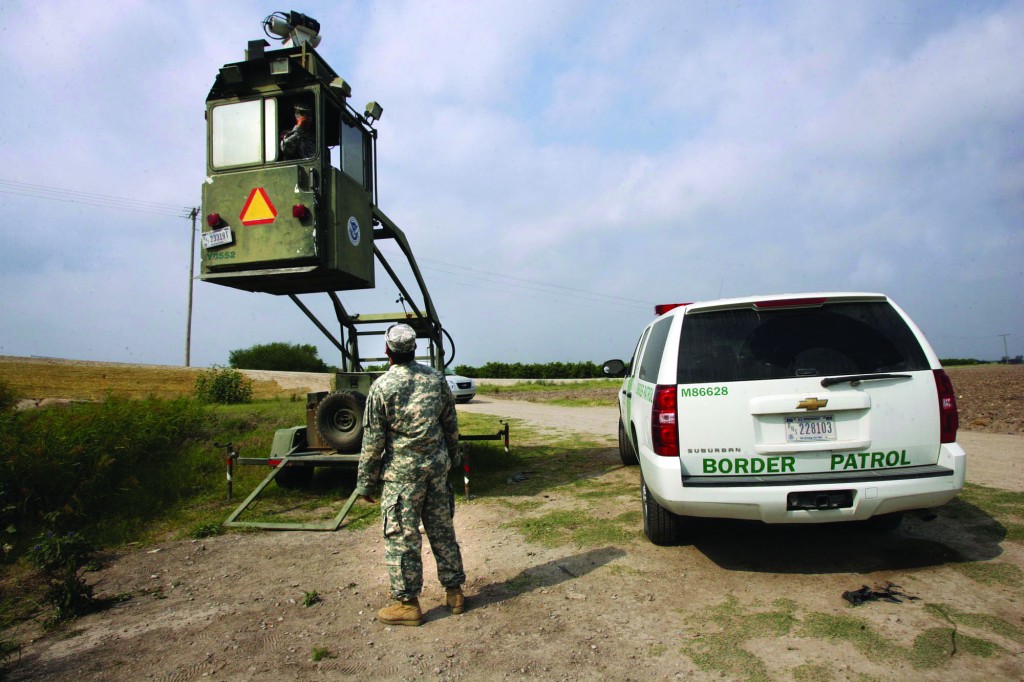 Senate Democrats prepared Tuesday to whack $1 billion from President Barack Obama’s emergency spending request for the border, while leaving out policy changes Republicans have demanded as their price for agreeing to any money. The developments pointed to a hardening stalemate over the crisis in South Texas with lawmakers preparing to leave Washington for their annual summer recess at the end of next week.

Legislation being finalized by Appropriations Committee Chairwoman Barbara Mikulski would spend $2.7 billion for more immigration judges, detention facilities and other resources for the southern border, where unaccompanied kids are arriving by the tens of thousands from Central America, Senate aides said. It also would include $225 million for Israel’s Iron Dome, designed to intercept short-range rockets and mortars, as Israel battles Hamas, and $615 million to fight wildfires raging in the West.

Yet the money for wildfires and for Israel appeared unlikely to sweeten the deal enough for Republicans to swallow it absent legal changes to allow the Central American kids to be turned around fast at the border and sent back home.

“We insist on having the 2008 law repealed as part of it and they’re not willing to do that,” said Sen. John McCain (R-Ariz).

Said Sen. John Cornyn, (R-Texas): “Unfortunately, it looks like we’re on a track to do absolutely nothing.”

Senate Democratic aides said the smaller spending bill, which could come to the floor to a vote next week, aimed to include enough money to handle the border crisis through the end of this calendar year amid pleas from Homeland Security Department officials who say overwhelmed agencies will be running out of money in coming months. Mikulski said she would formally unveil the legislation Wednesday.

More than 57,000 kids have arrived since October, mostly from El Salvador, Honduras and Guatemala. Polls suggest the public is demanding a solution, but lawmakers could not say where a compromise might lie.

“I’m always willing to compromise, but not if it means taking away that element of the 2008 law and simply saying well you can round ’em up and ship ’em back without any questions,” said Sen. Tom Harkin (D-Iowa).

Senate Democrats’ legislation puts them on a collision course with Republicans who control the House. They, too, have described plans to dramatically scale back Obama’s spending request, but like Republicans in the Senate they have made changes to the 2008 trafficking victims law a condition for approving any money.

“I don’t believe the American people will support sending more money to the border unless both parties work together to address these policies and actually solve this problem,” House Speaker John Boehner said Tuesday.

The 2008 law guarantees judicial hearings for unaccompanied youths arriving here from Central America, which in practice allows them to stay in this country for years because of major backlogs in the immigration court system.

Republicans want the law changed so that unaccompanied Central American kids can be treated like those from Mexico, who can be sent back by Border Patrol agents unless they can demonstrate a fear of return that necessitates further screening. Republicans say that’s the only way to send a message to parents in El Salvador, Honduras and Guatemala that there’s no point in sending their kids on the arduous journey north.

White House officials have indicated support for such changes but have sent mixed signals about it under pressure from immigration advocates who say it would amount to sending kids fleeing vicious gang violence back home to their deaths. Democrats who initially were open to such changes also have grown increasingly opposed.

A working group established by Boehner was to make its recommendations to the full House Republican caucus on Wednesday. Members have already made clear that changes to the 2008 law will be front and center.

Meanwhile, the Homeland Security Department said Tuesday it arrested 192 people along the U.S.-Mexican border in South Texas on immigrant-smuggling charges and seized more than $625,000, part of the Obama administration’s efforts to discourage and disrupt the flood of people crossing the border illegally.