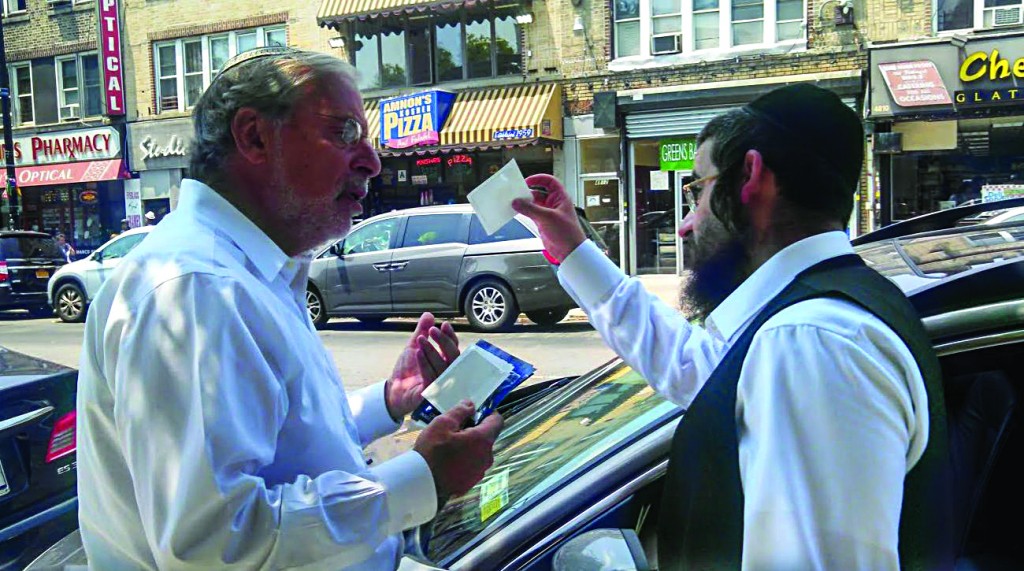 Responding to complaints that muni-meter receipts easily blow away since they are too flimsy, the New York City Department of Transportation said they will begin citywide distribution of receipt holders to give the papers heft.

Assemblyman Dov Hikind said that he had complained about many tickets given to drivers who had purchased the receipt — only to have the wind blow it away when they were away from their cars.

According to Hikind, a Brooklyn Democrat, he’s the first official DOT Commissioner Polly Trottenberg will partner with, in giving out the holders. Motorists can pick one up at his office in Boro Park, 1310-48th Street.

“My office was inundated with complaints, especially from experienced commuters,” Hikind said. “A member of my staff experienced his receipt blowing over, and the violation ticket that he subsequently received along with an accompanying fine of $35 read, ‘muni meter receipt face down.’ So clearly the city had already created this category for violations.”