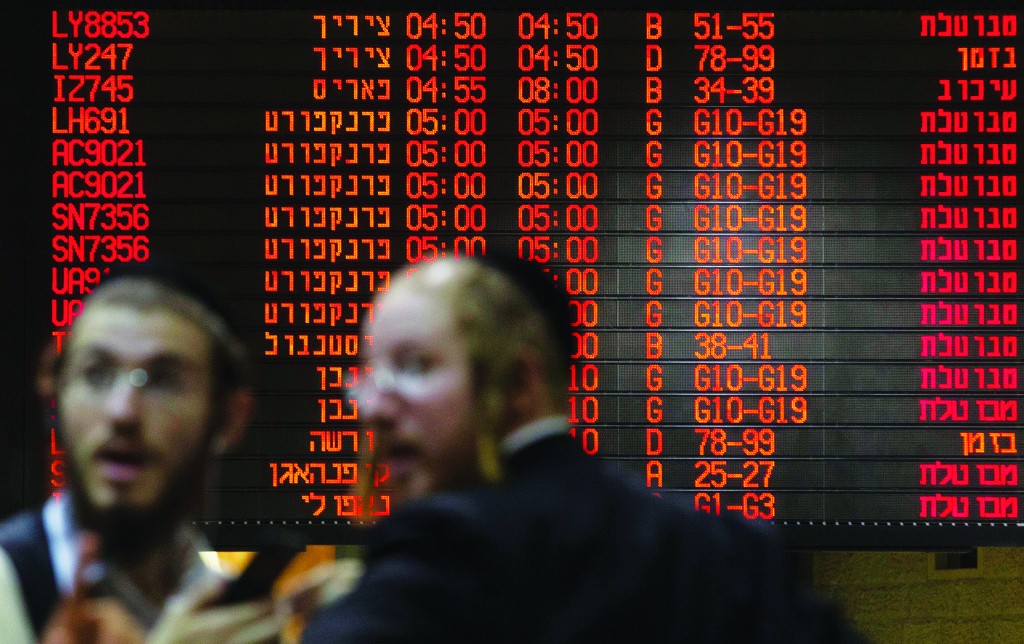 A rocket that landed Tuesday morning about a mile away from Ben Gurion Airport set off a wave of air carriers cancelling flights to Eretz Yisrael.

Delta was the first to react, recalling a flight to Israel that was already over Greece, about two hours away from Tel-Aviv. Its 273 passengers and 17 crew members were redirected to Charles de Gaulle Airport, Paris.

Lufthansa and Air France followed suit and by 12:15 p.m., the FAA had issued a statement prohibiting American airlines from flying to Ben Gurion for 24 hours pending re-evaluation.

Israel’s Transportation Ministry called on the airlines to reverse their decision and said that the airport was “safe for landings and departures.”

“Ben-Gurion Airport is safe and completely guarded and there is no reason whatsoever that American companies would stop their flights and hand terror a prize,” it said in a statement.

“The FAA is charged with looking out for the welfare of Americans,” said Jonathan Reiter, an expert in airline liability cases in an interview with Hamodia.  “They are doing it for the safety of travelers.”

“Whether or not this would have happened without the Malaysian Airline crash in Ukraine is impossible to say, but that so many totally innocent people with no connection whatsoever to the conflict going on there should meet such a tragic end has certainly heightened everybody’s awareness,” he said.

New York attorney Yerachmiel Simmons discussed the liability issues involved in the airlines’ decisions. “If chas v’shalom something would happen, the airlines could certainly be held responsible.”

Regarding the issue of whether airlines are opening themselves up to lawsuits from passengers that had booked previously, he responded that “under the circumstances, as long as they offer full refunds, their actions are totally reasonable.”

Ben Webber of Main Street Travel in Monsey told Hamodia that “it is too early to tell how this will affect the travel industry. For now, El Al is flying and they have room, but people might have issues coming home.”

“Business to Eretz Yisrael has certainly slowed down; about 50 percent of people have put off trips for now. They are waiting to see what is going to be in a few weeks,” added Webber.

“Boys in yeshivos are still flying to Eretz Yisrael, but a lot of families cancelled even before it got so bad” said a representative from a Boro Park travel agency who asked that neither she nor the agency be named.

When asked whether she thought the FAA decision would put off even more travelers, the representative responded that “the people who were scared before are still scared and those that were fearless will still be fearless.”

“That a terror organization like Hamas can shut down air travel to Ben Gurion Airport is tragic,” said Reiter, the airline liability expert, “but under the circumstances one can understand erring on the side of caution.”

(With reporting from AP)