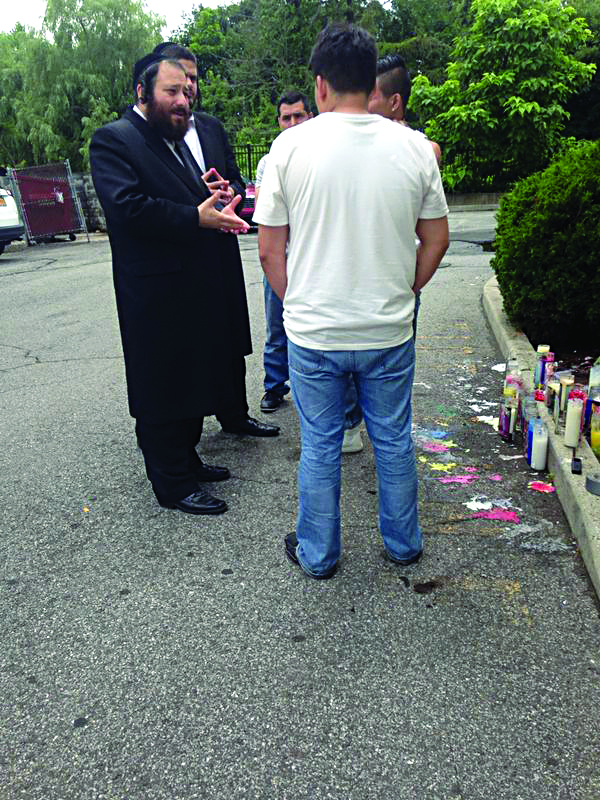 A Jewish group in Rockland County raised $2,250 to replace money that was stolen from a collection box collected for the burial of a local 20-month-old boy killed by a truck.

Dominic was run over on July 11 as a truck driver was backing up in the Lottie Gardens parking lot near where the family lived. According to The Journal News, the child broke away from an older sibling and ran into the parking area.

A fundraising effort to help pay for the funeral expenses was halted when a collection jar of roughly $300 was stolen from a Spring Valley deli. Wieder joined forces with OJPAC, which was co-founded by Yossi Gestetner, to replace the funds. Local business owner Benny Polatseck created a website to accept donations.

“It is heartwarming to see that so many individuals from diverse backgrounds came together to give needed funds to a family grieving from an unthinkable tragedy,” Wieder said in a statement.

On Thursday, Wieder and OJPAC officials presented a check for $2,250 to the Mero family, who immigrated from the Dominican Republic. The check was made out to Maple Grove Cemetery, ensuring that all proceeds went directly to cover the cost of the child’s funeral.

Additionally, the deli where the original money was stolen raised another $200. Spring Valley police arrested Daeshawn Outerbridge, 17, on a misdemeanor petty larceny charge for stealing the money.